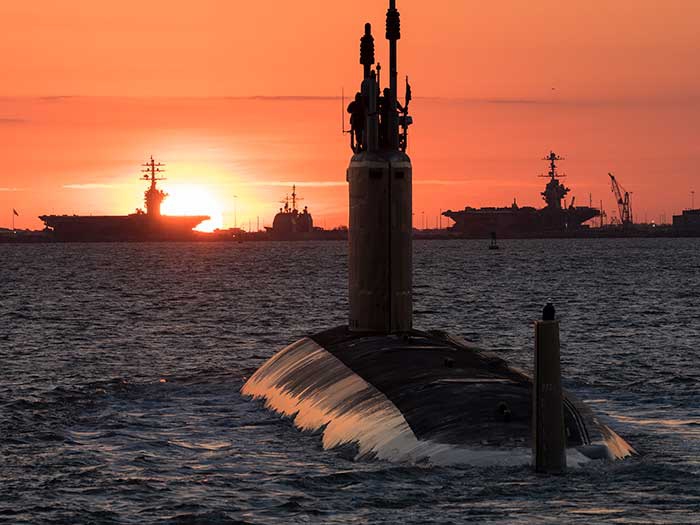 Newport News Shipbuilding delivered Washington (SSN 787) to the U.S. Navy with the highest-ever Figure of Merit score for a new construction Virginia-class submarine

Washington is the fourth of eight Virginia-class Block III submarines and the seventh of the class to be delivered to the Navy by Huntington Ingalls Industries – Newport News Shipbuilding in Newport News, Virginia. Washington began construction in September 2011 and will be commissioned later this year in Norfolk, Virginia.

Washington will be the third U.S. Navy ship, and first submarine, to be commissioned with a name honoring the State of Washington. The previous two ships were an armored cruiser, (ACR-11), which served under the name from 1905 to 1916, and a World War II battleship (BB-56), decommissioned in 1947.

The boat earned the highest Figure of Merit score to date on any new construction Virginia-class submarine.

Figure of Merit is the scoring method used by the Board of Inspection and Survey (INSURV), a Navy organization whose purpose is to inspect and assess material condition of Navy vessels.

Washington successfully completed INSURV trials earlier this month receiving a score of 96 out of 100.

“We are very proud of the ship and its great crew,” said Matt Needy, Newport News’ vice president, Virginia-class submarine program and fleet services. “The score is a reflection of our commitment to quality and follows in the Newport News tradition of ‘always good ships.’ We absolutely recognize our Navy’s increasing need for mission-ready submarines, and we are committed to doing everything we can to support that demand.”