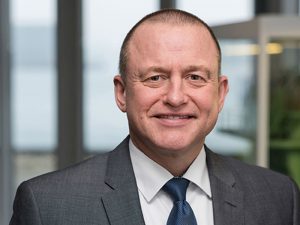 MAN Energy Solutions Two-Stroke Business Unit has initiated the development of a low-pressure gas engine as a supplement to its existing, successful dual-fuel ME-GI engine. The company cites market demand as the 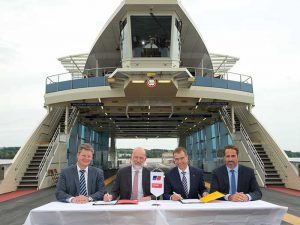 MTU gas engine to be trialed in Lake Constance ferry

JUNE 12, 2017 — From 2019, Rolls-Royce Power Systems and Stadtwerke Konstanz, the local public utility in Konstanz, Germany, are to begin testing the marine propulsion technology of the future — in 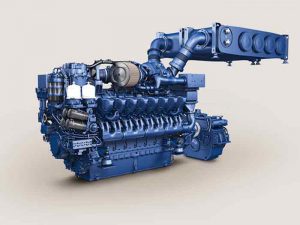 NOVEMBER 30, 2016 — Rolls-Royce is presenting its latest MTU-branded propulsion systems for commercial vessels and offshore shipping at this week’s International Workboat Show in New Orleans. Center-stage on the MTU stand 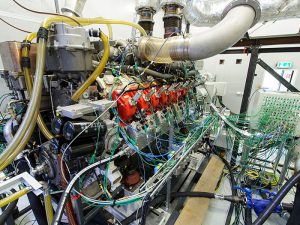 JULY 7, 2016 —Rolls-Royce Power Systems AG reports that the new MTU marine gas engine has successfully completed 3,000 hours on the test bed and is on track to go into series 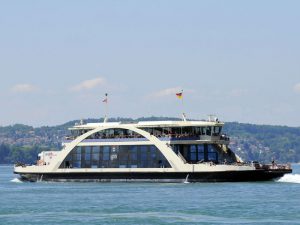 The intention is to have the new member of the fleet operated by the public utility running on gas between the two Lake Constance (the Bodensee) towns of Konstanz and Meersburg in 2019.

The new ferry will be one of the first in Europe to be powered by a high-speed pure-gas engine. It will feature low pollutant emissions and improved cost effectiveness, while delivering the accustomed high performance.

MTU is to develop the new 8-cylinder gas engine with a rated output of 750 kW based on the proven MTU Series 4000 diesel engines for workboats. The clean combustion concept will make it possible to meet IMO Tier III emission standards without the need for additional exhaust aftertreatment. By comparison with a diesel engine without exhaust aftertreatment, the gas engine will emit no soot particles and no sulfur oxides, 90 percent less NOx and 10 percent less greenhouse gas.

The new gas engine series is being developed to ensure that it meets the particular load profile of the Lake Constance ferries, with acceleration comparable to that of the MTU diesel engines.In the development of the 8V 4000 engine, MTU benefits from its previous experience in stationary gas engines and from development work now being carried out for a 16-cylinder marine gas engine, which is currently underway and has just completed initial tests on the test bench. The first pre-series engines will power a tugboat in 2017, which is currently being built by Damen shipyards for Svitzer.

The Rolls-Royce Group, of which Rolls-Royce Power Systems is a member, has almost ten years’ experience in delivering medium-speed, pure-gas propulsion systems to power ferries.

“We are delighted that MTU, our partner of many years standing, is developing a natural gas propulsion system for our new ferry,” said Dr. Norbert Reuter, Managing Director of Stadtwerke Konstanz GmbH. “The deciding factors for us to venture into a new world of propulsion for our fleet are the excellent environmental compatibility of the gas engines and the possibility of saving fuel costs, while maintaining our current requirements in terms of the performance and maneuverability of the vessel. As a ferry operator on Lake Constance, Europe’s largest reservoir of drinking water, it is very important for us to guarantee safe and environmentally sound operations.”

“We are convinced that gas engines will become increasingly important as supplements to tried and tested diesel engines for shipping,” said Marcus A. Wassenberg, Chief Financial Officer at Rolls-Royce Power Systems AG. “Natural gas is an important fuel for the future. It will be available for a longer period of time and is cheaper in many regions throughout the world, in addition to having a far better carbon footprint than either heavy oil or diesel. With the development of the new gas engine and its trials in the ferry operated by Stadtwerke Konstanz, we are taking up the challenge of further improving the emissions and efficiency levels of gas engines, in order to be able to meet future emission regulations and the needs of our customers. The development of gas engine technology and the associated fuel infrastructure will also require state funding until they become economically viable.” 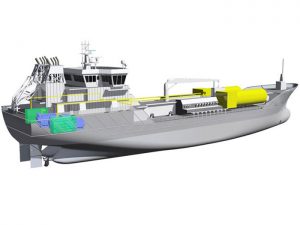 Tanker back in service after conversion to LNG fueling 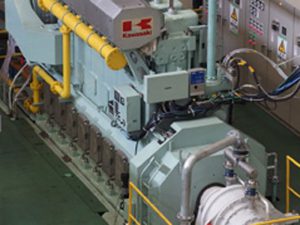 APRIL 9, 2014 — Kawasaki Heavy Industries, Ltd. has introduced the L30KG gas engine: a main engine for large vessels, fueled solely by gas and with an output capacity of over 2