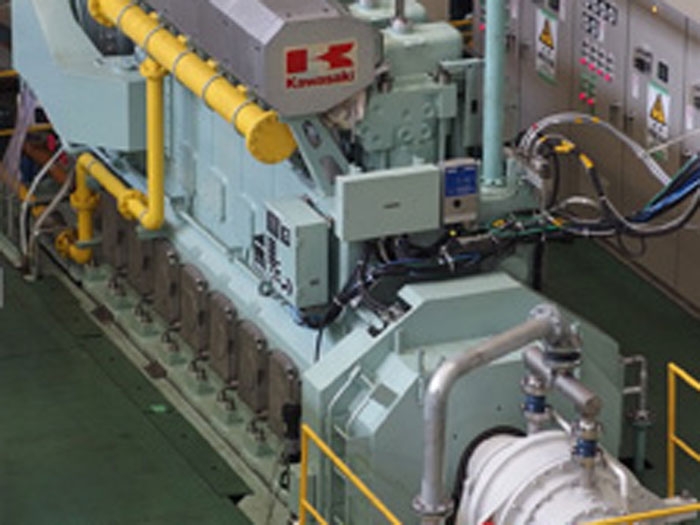 APRIL 9, 2014 — Kawasaki Heavy Industries, Ltd. has introduced the L30KG gas engine: a main engine for large vessels, fueled solely by gas and with an output capacity of over 2 MW.

Development of the marine gas engine follows the launch of a Kawasaki gas engine for the distributed power generation market that is said to achieve the world’s highest electrical efficiency of 49.0% and NOx emissions below 200 ppm (at 0% O2).

Kawasaki notes that the International Maritime Organization (IMO) mandates a phased reduction of CO2 as well as NOx and SOx emitted from marine vessels. NOx emissions from diesel engines will be subject to Tier III regulations starting in 2016, which require a reduction of at least 80% compared to Tier I levels when sailing in the emission control areas.

While the gas engine is exempted from NOx emissions regulations, it can reduce emissions to far below the level set by Tier III regulations without relying on special equipment such as an SCR (Selective Catalytic Reduction) system.