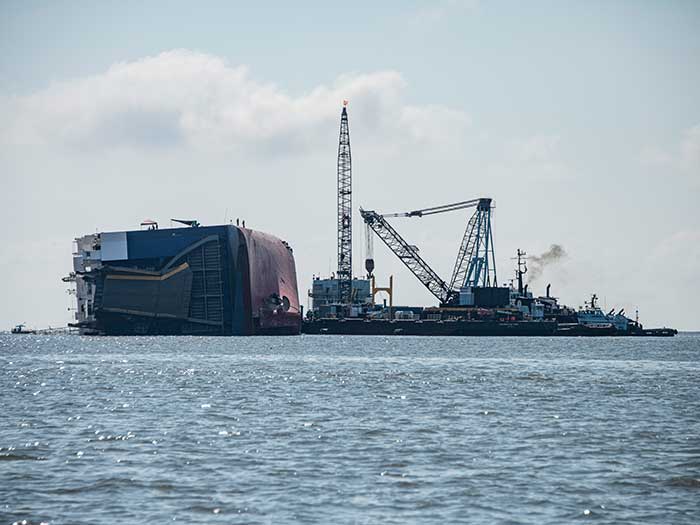 The capsized car carrier Golden Ray will not be righted and refloated in a fully intact condition. Salvage experts engaged in the response have determined that this cannot be done safely. Consequently, plans are being developed to remove all of the vessel’s hull, components, and cargo by disassembling the vessel in place, in St. Simons Sound, Brunswick, Georgia. .

The vessel capsized Sunday, September 8. The capsize was followed by a dramatic rescue of four crew members who had been trapped within the ship and had to be extracted via a hole cut into the hull.

The Unified Command (USCG, Georgia Department of Natural Resources, Gallagher Marine Systems) says that “this remains a complex situation but additional information about the removal plan and the expected timeline will be shared with the public as and when available”

Meantime, the Unified Command has now completed the lightering of the forward fuel oil tanks onboard the Golden Ray. More than 225,000 gallons of fuel have been removed to date. Lightering of the remaining fuel and lubricant tanks continues.