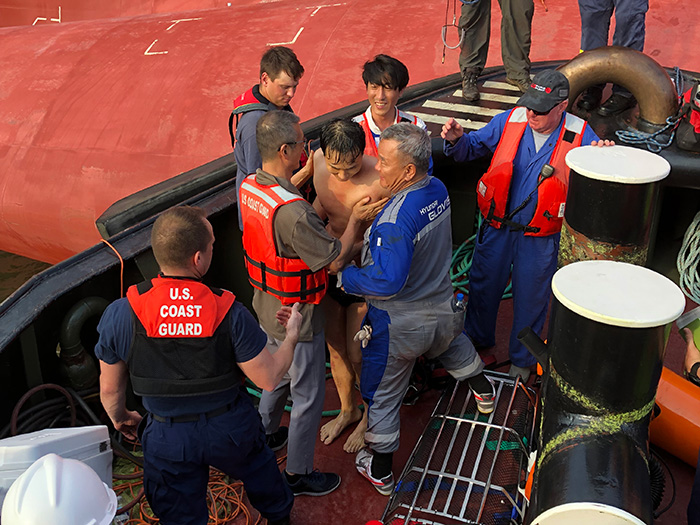 A nailbiting drama reached its conclusion yesterday when Coast Guard and salvage crews extracted the remaining four crew members who had been trapped in the car carrier Golden Ray, which remains laid over on its side in St. Simons Sound near Brunswick, Georgia.

Salvage crews were transported by Coast Guard to the vessel at 8:22 a.m. yesterday to assess the vessel’s hull and at approximately 1 p.m., t was confirmed the remaining four crew members were still alive inside the Golden Ray and an extraction plan was developed to safely rescue them.

The Port of Brunswick Captain of the Port (COTP) has established an emergency safety zone in St. Simons Sound. Vessels are not authorized within 0.5 miles of the Golden Ray, which is laid over on its side.

Coast Guard crews have shifted focus to environmental protection and working with salvage crews to remove the Golden Ray. Currently, they report no leaks from the vessel, only a light residual sheen. Protective measures were put in to place after the initial rescue.