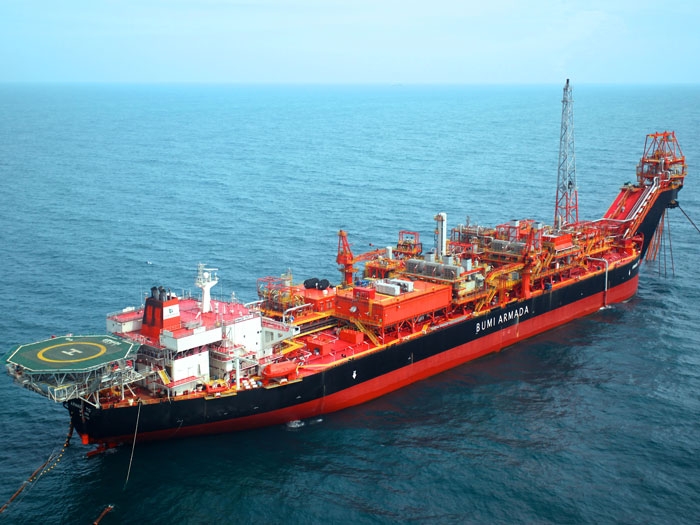 Previous FPSOs converted by Keppel for Bumi Armada include TGT-1

Mr. Michael Chia, MD (Marine and Technology) of Keppel O&M, said, “We are glad to have the support of repeat and new customers for a range of offshore and marine projects. Keppel Shipyard’s latest contracts bear testament to its extensive expertise and experience in Floating Production Storage and Offloading (FPSO) and Floating Storage and Offloading (FSO) conversion, upgrading and repair works. Meanwhile, Keppel Nantong’s two new projects reflect its growing newbuilding and fabrication capabilities.”

Keppel Shipyard has commenced work on the Armada C7 project, which is scheduled to complete in third quarter 2014. Keppel Shipyard’s work scope includes refurbishment and life extension works, upgrading of living quarters to accommodate 70 personnel, fabrication and installation of an internal turret mooring system as well as the installation and integration of topside process modules.

With an oil production capacity of 26,500 barrels of oil per day (bopd) and storage capacity of 510,000 barrels (bbl), the FPSO will support India’s national oil company Oil and Natural Gas Corporation Limited’s operations in the Cluster 7 field, located in the west coast of Mumbai, India.

For the contract with Apache Energy, Keppel Shipyard will carry out steel and piping systems renewal, coating works, equipment overhauling, and installation of new equipment on FPSO Ningaloo Vision.

Prefabrication work for this FPSO project has already started. The vessel is expected to arrive at the yard in 1Q 2014. After repair and rectification works, FPSO Ningaloo Vision will return for operations in the Van Gogh field, located in the Exmouth Basin, offshore Northwest Australia.

The contract with EMAS AMC, a subsidiary of Ezra Holdings, will see Keppel Shipyard undertake the fabrication of an external turret for an FSO unit.

Work has begun and the turret is scheduled for completion in second quarter 2014. Upon completion, the turret will be delivered to STX Offshore & Shipbuilding Co Ltd in Korea for integration with the newly built FSO. The FSO will be deployed in West Africa.