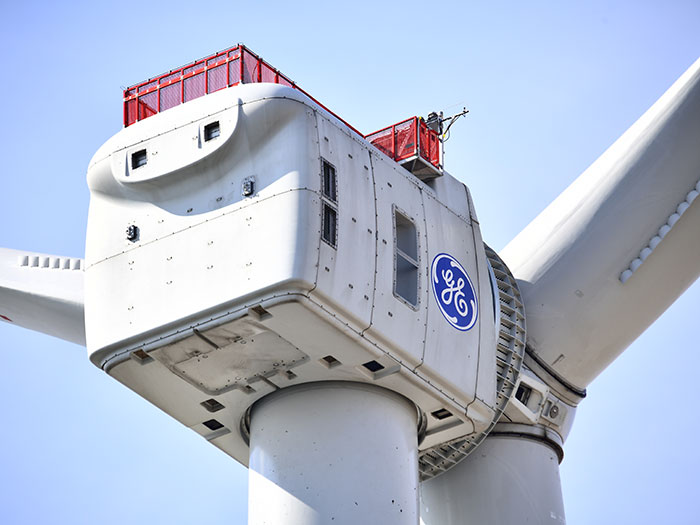 GE Renewable Energy reports that it has received an order from Vineyard Wind, a joint venture between Avangrid Renewables and Copenhagen Infrastructure Partners, to supply Haliade-X turbines for Vineyard Wind 1, the first utility-scale offshore wind installation in the U.S. GE was announced as the preferred turbine supplier for the project in December of 2020. The contract was closed after Vineyard Wind 1 became the first offshore wind farm in the U.S. to achieve a financial close.

The project will be installed 15 miles off the coast of Martha’s Vineyard in Massachusetts and will feature 62 units of the Haliade-X 13 MW turbine, the most powerful offshore wind turbine built in the world today. With energy generation expected to start in 2023, the project will provide cost-competitive electricity for more than 400,000 homes and businesses in Massachusetts and is expected to reduce carbon emissions by more than 1.6 million tons per year.

“After achieving financial close last month, we are now at the point when this industry is no longer just talking about opportunity but delivering it,” said Vineyard Wind CEO Lars T. Pedersen. “With the order now placed for GE’s Haliade-X turbines, we are setting the stage for a new industry, one that will create jobs, save ratepayers more than $1 billion and contribute greatly to a reduction in carbon pollution.”

John Lavelle, president and CEO, Offshore Wind, GE Renewable Energy, said: “We’re pleased to supply the first utility-scale offshore installation in the U.S,, increasing the potential of the turbine to generate more power for our customer. Our Haliade-X technology combined with our innovative digital capabilities means GE is well positioned to support the growth of offshore wind in the US and globally.”

GE’s Haliade-X prototype operating in the Netherlands is the most powerful offshore wind turbine built today and received its official type certification from DNV in early 2021.