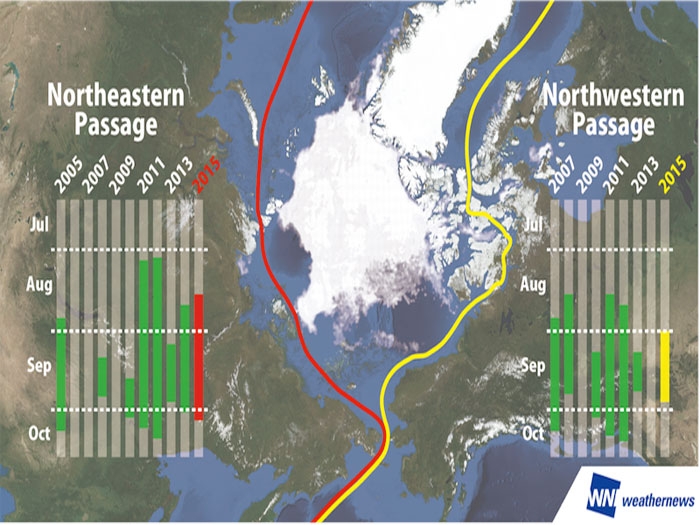 It's one more indicator that one effect of climate chang will be to see more commercial shipping activities in the arctic.

The GIC defines "open" as conditions free of ice in all passages, based on satellite observation