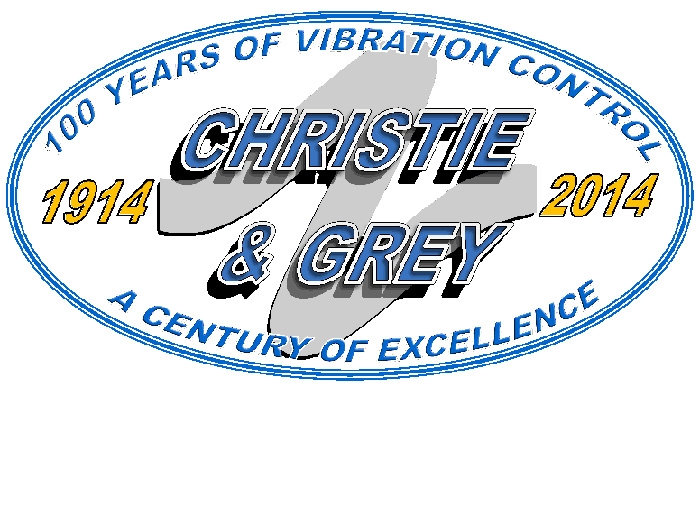 Christie & Grey services a diverse customer base with a special emphasis on the maritime industry where mitigating the effects of vibration present a unique engineering challenge. Drawing on decades of experience Christie & Grey is now a leader when it comes to reducing the vibration in the offshore maritime industry in an effort to protect equipment and personnel from the detrimental effects of shock, vibration, and noise.

The present company evolved from the British Anti-Vibration & Noise Co Ltd and Typhoon Mixer Co, two firms formed by British engineer Robert Bertram Grey in 1912. At that time most of the business was focused on Typhoon Mixer Co, which designed equipment principally used in the mixing and agitation of industrial chemicals.

The British Anti-Vibration & Noise Company (BAV&N Co) was involved in the development of a natural cork isolation mat (a product trade named Coresil) used to isolate electrical power generators from their foundations. Both companies grew profitable and were eventually consolidated in W. Christie & Grey Ltd. in the early 1920s.

The company became focused on marine applications in 1934.

Through modern analytics Christie & Grey will design a solution specific to the customer’s need while providing technical support for the life of their products.