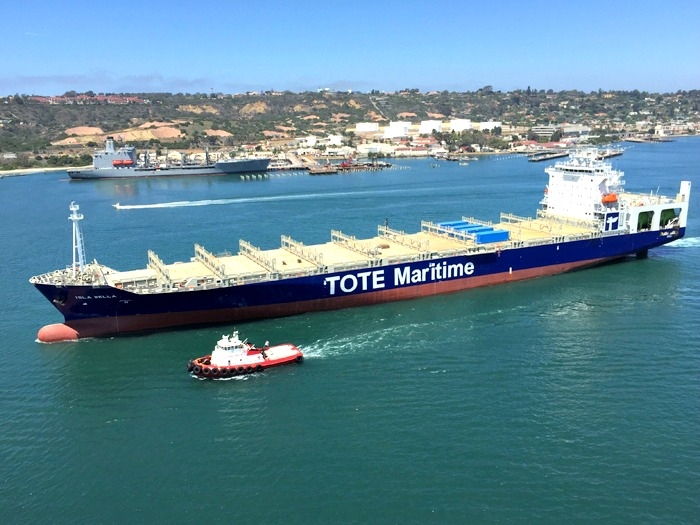 DECEMBER 31, 2015—As the world rings in the New Year—whether it is by cramming into Times Square to watch the nearly 6-ton Waterford crystal ball drop or soaking up the spectacular fireworks display in Sydney—it is a time for reflection, renewal, and recommitment. For the maritime industry, it was a year filled with tragedy—the loss of the El Faro—and technological triumphs—the Isla Bella, first LNG-fuelled containership. Here’s a countdown of the Top Ten Maritime Stories of 2015.

NuStar and ConocoPhillips loaded domestic light crude oil at the Port of Corpus Christi to become the first export cargo of U.S. crude oil since a 40-year ban was lifted.

Indonesia becomes the 46th state to ratify IMO’s Ballast Water Management Convention. Once Indonesia’s gross tonnage data are verified, the convention will be set to enter into force worldwide from November 24, 2016.

Blount Boats, Warren, RI, starts construction of what will be the first U.S.-flag vessel built for the U.S. offshore wind farm market.

6. Norwegians square up to the offshore challenge

With oil hitting new lows, the offshore industry is hit by a growing number of laid-up OSVs and sweeping job cuts.

In what is the largest settlement with a single entity in U.S. history, U.S. Attorney General Loretta E. Lynch announces that the Department of Justice had secured a settlement of more than $20 billion against BP to resolve civil claims resulting from the Deepwater Horizon oil spill in 2010.

Statoil and Shell both cease further exploration activity in offshore Alaska for the foreseeable future.

1. The sinking of the El Faro

The U.S.-flag cargo ship El Faro sinks with all hands onboard in Hurricane Joaquin. The National Transportation Safety Board says that it has been unable to locate the ship’s “black box.”