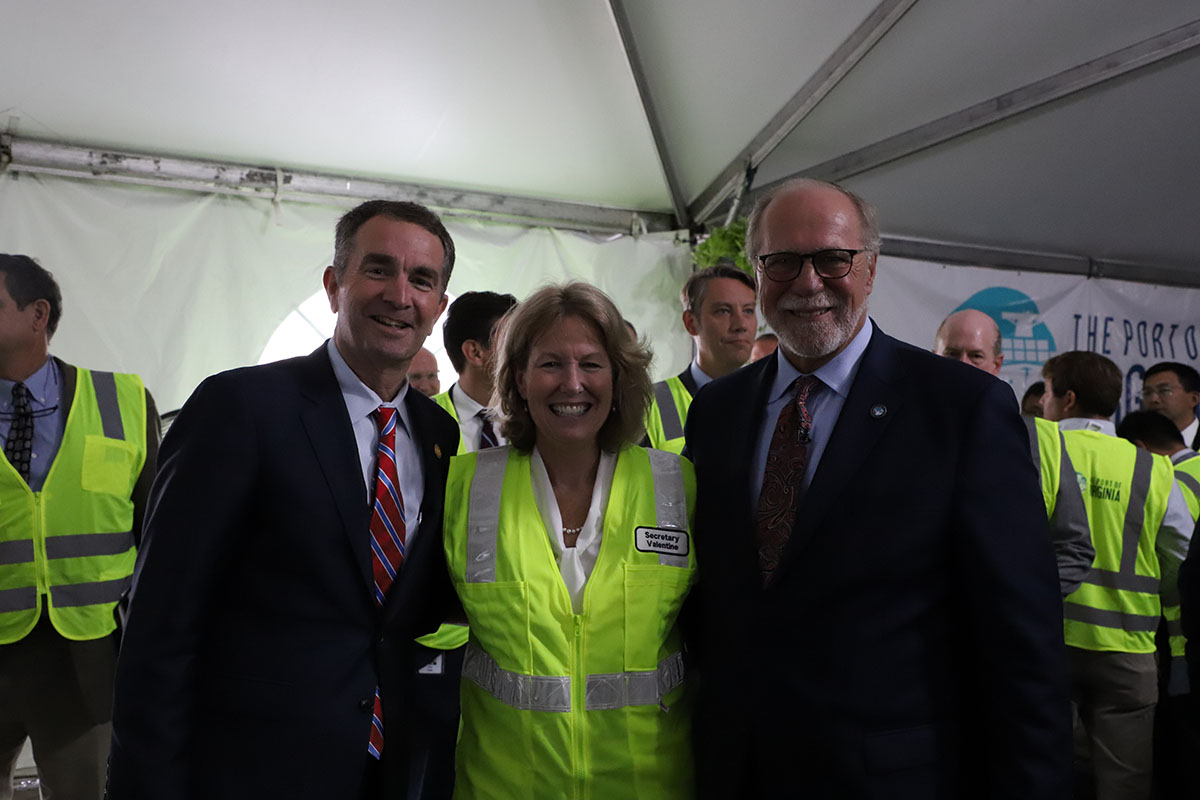 Driven by an increase in imports, the Port of Virginia completed fiscal year 2019,) having handled a record 2.9 million twenty-foot equivalent units (TEUs), which is a volume increase of 4 percent when compared with last fiscal year.

“We finished the fiscal year in positive territory – our fifth consecutive fiscal year of growth,” said John F. Reinhart, CEO and executive director of the Virginia Port Authority. “Our import loads were up more than five percent, truck volume was up almost four percent and barge volume was up nearly ten percent. All of this was accomplished while we were under construction at VIG (Virginia International Gateway) and NIT (Norfolk International Terminals) and it was done with a continuous emphasis of safety.”

The port’s fiscal year closed June 30, and in that month the port handled 239,329 TEUs, which is an increase of nearly 7 percent – 15,490 TEUs — when compared with last June. The port’s volumes in the fourth quarter of FY19 have been increasing ahead of the arrival of peak cargo season.

“Our volumes are increasing and we are processing that volume with greater efficiency because we have completed the optimization at VIG, where we are on-line and fully-operational,” Reinhart said. “What we achieved in fiscal year 2019 is a testament to the professionalism of our labor partners and the entire Port of Virginia team.

“At VIG there is greater flow at our gates, the motor carriers’ reservation system is driving sub-40-minute turn times, we have more cranes and a longer berth where we can handle multiple ULCVs at once and we are building double-stack trains heading to and coming from Midwest markets faster than ever before. This is truly a world-class facility.”

John G. Milliken, the chairman of the Virginia Port Authority Board of Commissioners, said the success of FY19 must also be looked at from the perspective of how the port managed its growth as construction progressed.

“During construction our focus was on efficiency, delivery of service, maintaining our business and then timing growth with the completion of work at VIG,” Milliken said. “There were times of the year when we purposefully controlled our growth because we did not want volumes to get beyond our capabilities, which meant we had to be strategic in our use of Portsmouth Marine Terminal. Our strategy worked. Now, we are aggressively marketing a world-class port. The investment and effort are paying off.”

“The work at NIT is past the half-way mark and that project is on schedule and on-budget,” he said.

Reinhart says that the Port of Virginia made significant gains during the last 12 months well beyond construction and increased volume. He pointed to the port’s having handled more than 270,000 TEUs in a single month, an all-time high; marking 10 years of success with the Richmond barge service; securing a federal grant to help expand capabilities at Virginia Inland Port; successful implementation of the reservation system for motor carriers; and the smooth delivery of four new ship-to-shore cranes, which are part of the VIG project.

“We did a lot of things right this past year. We weren’t perfect, but we never lost sight of our goals and our values,” Reinhart said. “We are focusing on bringing the work at NIT to a close in 2020 and seeing the work begin on Wider, Deeper, Safer, which will make Virginia home to the deepest port on the U.S. East Coast.

“The Port of Virginia is on a path to sustainability and success for decades to come and this will help to drive job creation and investment across the state. There is still much work to be done and we are up to the task.”