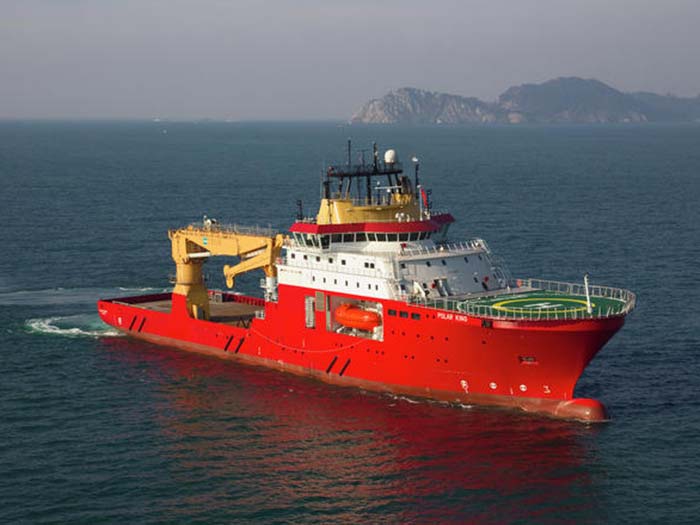 The 21 months charter commenced in January 2017, and the previously agreed firm period was set to end in September 2018.

GC Rieber Shipping and Nexans have agreed to extend the firm period of the charter by 11 months, meaning the vessel will be employed through August 2019.

The vessel will continue to support the world wide operations of Nexans. Among Nexans’ projects on which it has been engaged have been Nexans’ largest subsea power cable contract to date, NordLink. The first ever power interconnector between Norway and Germany, NordLink will enable the exchange of German and Norwegian renewable energies

“We are pleased to see that the vessel, crew and our organizational capabilities are recognized by Nexans in a competitive market. We look forward to continuing the good cooperation with them,” says GC Rieber CEO Christian Berg.

Delivered by the Freire Shipyard in Spain in 2011, the Polar King is a multipurpose subsea vessel specially designed for operation under severe weather conditions with high manoeuvrability and station keeping capabilities. The vessel provides services including offshore construction (CSV), inspection, maintenance and repair (IMR) operations.

The vessel is has a 150 ton Active Heave Compensated (AHC) offshore crane, two WROVs, accommodations for 112 persons and offers a flexible deck space of 960 sq.m for a range of operations. It is designed with environmental features for worldwide service, compliant with SPS 2008 and with a Clean-Design and a Green Passport.