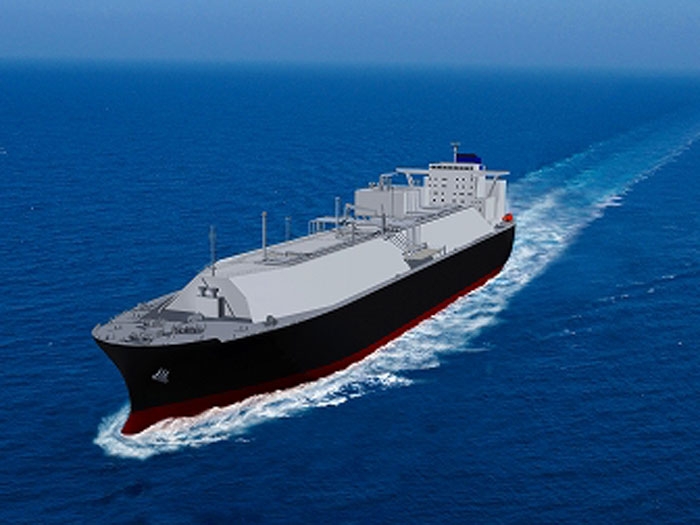 FEBRUARY 28, 2014 — Shipbuilder Japan Marine United has received two orders for 165,000 cu.m LNG tankers, one for Mitsui O.S.K. Lines, Ltd.(MOL) and one for Nippon Yusen Kaisha (NYK). The shipowners signed the contracts after each had signed agreements with Tokyo Gas subsidiary Tokyo LNG Tanker for 20-year charter and joint ownership contracts for the newbuilds.

To be delivered in 2017, the ships will be mainly used for LNG transportation from the Cove Point LNG project in the United States.

The ships will use self-supporting prismatic-shaped IMO type-B (SPB) cargo tank design developed by the IHI Corporation and JMU. Advantages of the SPB design include the fact that most of the tank is fitted inside the hull, allowing better visibility from the vessel’s bridge as well as reduced wind resistance. Insulating materials will be installed to suppress the boil-off rate in the cargo tank to 0.08 percent of tank volume per day, claimed to be the world’s lowest level.