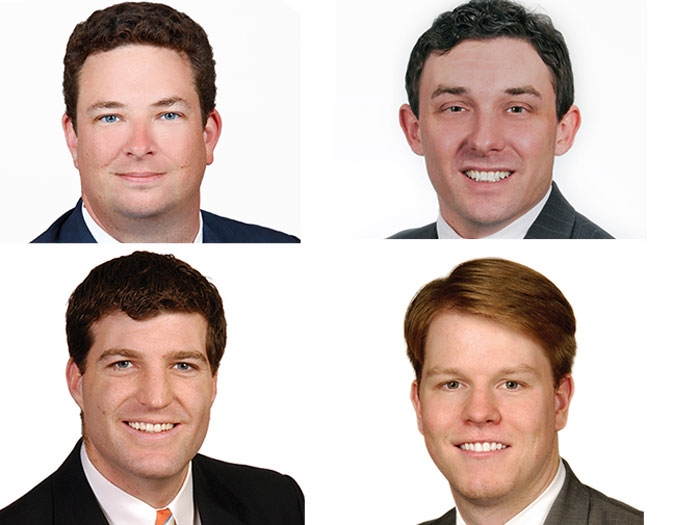 Mr. DeGruy handles diverse matters with respect to personal injury defense, including charter agreements, master service agreements, and other contracts on behalf of clients.  He established his practice in litigation, primarily in the areas of admiralty and maritime law, general insurance defense, and asbestos defense.  He received his J.D. in 2004 from Loyola University.  He is admitted to practice before the United States Court of Appeal for the Fifth Circuit, the United States District Courts for Eastern, Middle, and Western Districts of Louisiana, and all Louisiana state courts. Mr. DeGruy is an active member in several trade organizations, including the Greater New Orleans Barge Fleeting Association, Mariners’ Club, and others.

Mr. Gardner maintains his practice in admiralty law, maritime and non-maritime personal injury defense, marine insurance, and civil litigation. He obtained his J.D. and B.C.L. degrees in 2006 from the Paul M. Hebert Law Center at Louisiana State University.  He is admitted to practice before all state and federal courts in Louisiana in addition to the Southern District of Texas and the United States Court of Appeals for the Fifth Circuit. Beyond his practice, Mr. Gardner served on the Board of Directors for the Southeastern Admiralty Law Institute (SEALI) in 2012-2013 as Port Director in New Orleans. He was selected for inclusion in 2013 and 2014 for the Louisiana Super Lawyers list as a Rising Star.

Michael Harowski bases his practice in maritime law, environmental law, and marine and pollution casualty response. He received his J.D. from Tulane University School of Law in 2006. He is admitted to practice before all state and federal courts in Louisiana, in addition to the U.S. District Courts for the Southern District of Texas. He is an active member of civic and industry associations alike, including the Maritime Law Association, the Southeastern Admiralty Law Institute, the World Affairs Council of New Orleans, the Propeller Club of New Orleans, and the Mariners’ Club of New Orleans, as well as the Louisiana, Federal, New Orleans, and American Bar Associations. He has published widely on admiralty and maritime law matters. In 2014, Mr. Harowski was selected for inclusion in the Louisiana Super Lawyers list as a Rising Star.

Stuart Ponder primarily practices in the areas of insurance defense, admiralty and maritime law, corporate litigation, and bankruptcy. He graduated from Paul M. Hebert Law Center at Louisiana State University with a J.D. and B.C.L. in 2006. He is admitted to practice before all federal and state courts in Louisiana. As a member of the Louisiana State Bar Association, the Baton Rouge Bar Association, and the Young Leadership Council, Mr. Ponder remains active in the community and in industry associations throughout the state.