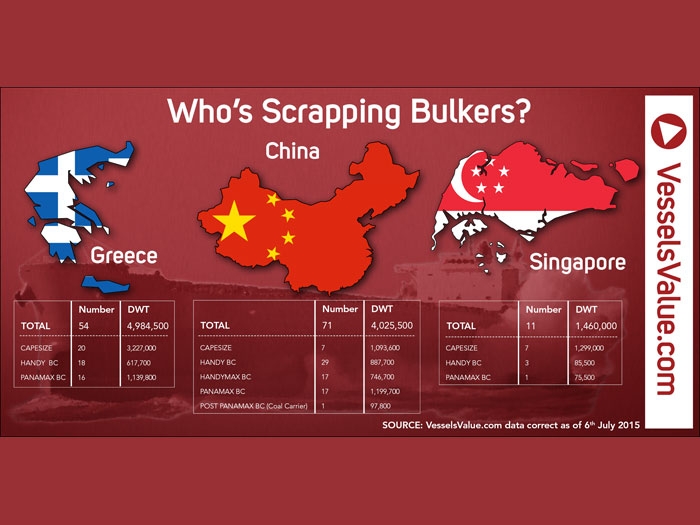 JULY 8, 2015—During the first six months of 2015, Greece, China, and Singapore were the top three countries in scrapping bulkers, according to Vesselvalues.com. Overall, the three countries combined scrapped a total of 136 Capesize, Handysize, Handymax, and Panamax bulk carriers. Click on the accompanying image to get the overall picture of the market.

Vesselsvalue.com analysts point out that Greek owners scrapped proportionally more Capesize and Handysize bulkers thus far in 2015. This is due in part to a more pessimistic view on the drybulk market, preferring to scrap and exit the sector rather than to reinvest in DD works and sit it out.