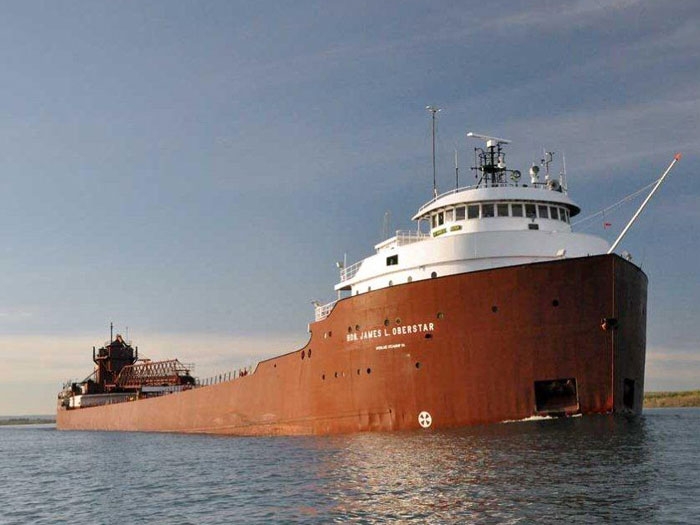 Installation begins in mid-January in Wisconsin, and testing is scheduled for April 2015. The system will allow Interlake to meet all North American ECA and IMO Annex VI sulfur requirements while continuing to operate on heavy fuel oil.

Originally built in 1959 by American Ship Building Company at Toledo, Ohio, as Shenango II, the vessel was originally steam powered but was converted to diesel during the 2008-2009 winter lay up period.

For the scrubber retrofit, Belco worked closely with Interlake to provide a system whose equipment and auxiliaries were optimized based on the vessel’s operational profile. For example, the scrubbers will take advantage of a common effluent treatment system to meet all U.S. Coast Guard, U.S. EPA and IMO washwater emission standards.

“Interlake recently spent millions of dollars converting and repowering several of its vessels with engines that operate on heavy fuel oil, and was in search of a solution to comply with the new North American ECA and MARPOL Annex VI sulfur requirements while continuing to operate its vessels on heavy fuel oil,” said Interlake President Mark Barker. “Recognizing that exhaust gas scrubbing technology would allow us to meet that objective, we considered several different options.  We concluded that with its long and successful history in land based scrubbers, Belco’s scrubber solution was a logical choice and would be the best option for Interlake to retrofit on the M/V Hon. James L. Oberstar.  We are pleased to partner with Belco to further develop closed loop exhaust gas cleaning technology for use on the Great Lakes.”