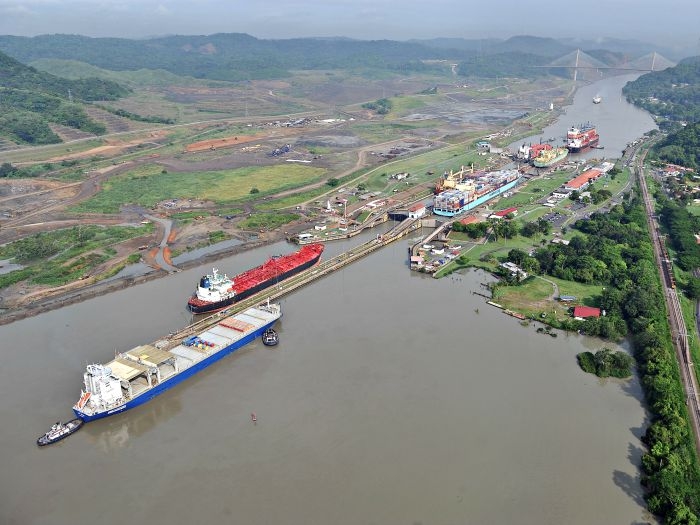 AUGUST 14, 2015—The Panama Canal Authority (ACP) has issued an Advisory to Shipping, which sets a draft restriction for all shipping agents, owners and operators working with the Canal.

These temporary and preventive measures are due to an anticipated climatic variability event related to El Niño, a climate phenomenon resulting in periodic warming of the tropical Pacific Ocean. When this occurs, El Niño changes the pattern of rainfall in many regions of the planet. In this case, it has triggered a drought in the Canal Watershed, causing the water levels of Gatun and Alhajuela Lakes to fall substantially below their average for this time of year.

The Advisory sets the maximum draft at 11.89 meters (39.0 feet) Tropical Fresh Water (TFW), effective September 8, 2015. The maximum authorized transit draft is defined as the deepest point of TFW immersion for each specific vessel in Gatun Lake.

The draft restrictions are not expected to significantly affect the efficiency or capacity of Canal operations since only 18.5 percent of the vessels transit with drafts greater than 11.89 meters (39.0 feet). These measures are being taken to ensure the continuous and safe operation of the Canal during this period.

Given the information available, the Panama Canal also anticipates in their Advisory that the draft may be restricted to 11.73 meters (38.5 feet) starting September 16, 2015 to further guarantee the safety and efficiency of ships transiting the Canal.

The Panama Canal will continue to monitor and manage the water levels of Gatun and Alhajuela Lakes. Should further draft restrictions be confirmed, notice will be given at least four weeks in advance to allow time for customers for proper planning. On the other hand, should rainfall increase over the next week or two, shipping will be advised of the lifting of the draft restriction.

The Panama Canal is experienced in water resource management and has responded to similar situations requiring preventative adjustments of operations in the past. The most recent El Niño phenomenon involving similar conditions took place during the 1997-1998 season. The Canal will continue to provide information on the measures being taken and to closely monitor the situation to ensure the security and efficiency of its services.