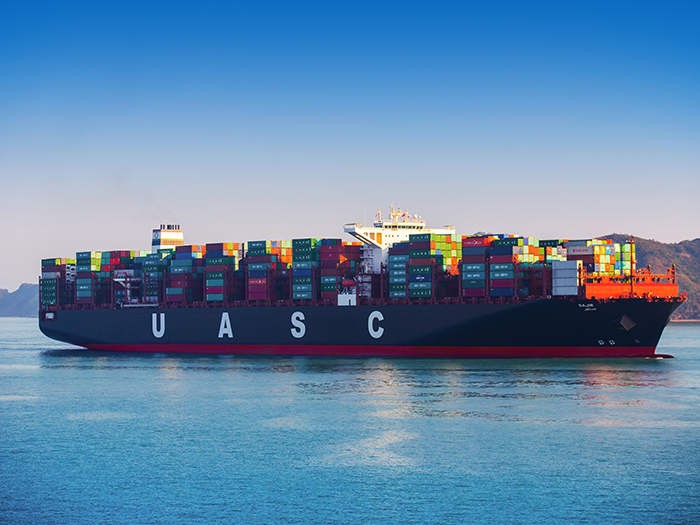 It appears that “LNG ready” only goes so far.

The conversion, to be carried out at Chinese shipyard Shanghai Huaran Dadong Dockyard, will take an estimated 105 days and comes with a $30 million price tag.

The ship’s main switchboard has additional functionality to enable LNG operation. There is space available in the engine room for gas valve units and steel thicknesses and frames were originally designed with possible future conversion in mind.

BOIL-OFF WILL BE USED AS FUEL

To avoid the cost of installing reliquefaction equipment, the ship will use boil-off gas as fuel. However, all of the boil-off must be used because it cannot be stored or vented. If too much is produced, auxiliary engines must be started to use the surplus. The management of this process requires advanced and highly sophisticated automation systems.

MAN Cryo will install an entire gas system to supply gas to the main, as well as to the auxiliary engines, including a MAN Energy Solutions 300 bar high pressure Pump Vaporizer System (PVU).

Although a new ship would typically store LNG underneath the accommodations, which cannot be used for containers anyway, this was not feasible on board the two-island Sajir. Instead, the LNG tanks will be located immediately forward of the engine room. The DNV-GL approved gas-storage system will occupy an area equivalent to 350 containers, including the pipework between storage and engine.

The tanks will be of GTT membrane design with a capacity of 6,700 cu.m. This will require the vessel, which is deployed on Hapag-Lloyd’s Far East Loop 4 service, to bunker twice on a round trip between Asia and Europe.

Bunkering is likely to be undertaken in three locations – Shanghai, Singapore and Rotterdam.

Although Hapag-Lloyd’s directors approved the investment last year, a team led by Captain Richard von Berlepsch, Managing Director, Fleet Management, has been working constantly on the project since then, including carrying out individual LNG bunkering risk assessments, each typically taking six months and undertaken jointly with the contracted LNG supplier in each projected bunkering location.

Conversion of the Sajir is being undertaken as a pilot project and, if successful, conversion of the remaining 16 former UASC 16 ships will follow, said Hapag-Loyd COO Anthony Firmin.

He also said that the company’s future orders would also likely be based on LNG fueled propulsion.