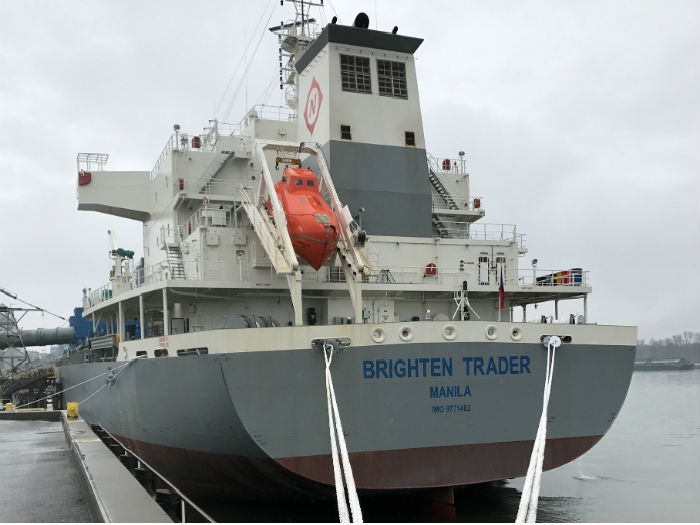 FEBRUARY 26, 2017—The 39,310-dwt bulk carrier Brighten Trader recently arrived at the Port of Vancouver USA in Vancouver, WA, to load 10,500 metric tons of copper concentrate before sailing to Vancouver, BC, to load additional concentrate cargoes.

Commanded by Capt. Marcelino S. Ecobiza from the Philippines, the 590 ft Brighten Trader was on its maiden voyage after being built at China’s Jiangmen Nanyang Ship Engineering Co.,Ltd.

Classed by Bureau Veritas (BV), the bulk carrier is fitted with a single slow-speed five-cylinder diesel rated at 8,220 hp at 99 rev/min. The ship will sail to Japan and China after its stops on the North American West Coast.