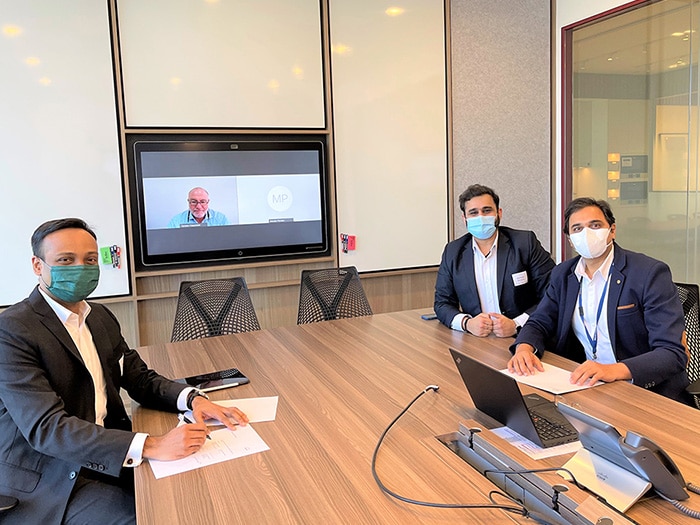 n preparation for the upcoming EEXI regulation, MAN Energy Solutions has developed retrofit solutions to satisfy vessels in need of an OPL scheme, both for MC- and ME- engines.

Early in the process, Anglo-Eastern requested suggestions for suitable solutions for those elements of its fleet in need of a retrofit. Anglo-Eastern has approximately 300 vessels requiring an OPL solution, including mechanically- as well as electronically-controlled engines.

“It was important for us to have a solution for our customers and vessels that was timely and cost competitive,” said Carsten Ostenfeldt, COO, Anglo-Eastern Univan Group. “We knew pressure would build up across the many vessels in the world in need of an OPL solution, which is why we wanted to be an early mover to ensure sufficient capacity for the retrofit of our vessels.”

“The Anglo-Eastern Group is a global key account for MAN Energy Solutions and is well prepared in its approach to meeting the IMO regulatory requirements due to come into effect in 2023,” said Sarath Prasannan, managing director MAN Energy Solutions, Hong Kong and head of MAN PrimeServ, Marine & Power (APAC). “We will work together with Anglo-Eastern in ensuring that the engines in its fleet have the latest class approval and access to tamper-proof EEXI compliant solutions.”

The development of OPL is spurred by the introduction of the IMO’s MEPC 335(76) regulation – to be enforced from January 2023 – that will require vessels already in service to meet the EEXI regulation. MAN Energy Solutions developed OPL to meet the vast majority of shipowners’ desire for a simple, economical solution that would comply with the impending regulation. OPL reduces carbon emissions by restricting the maximum power – and thus, fuel consumption – produced by prime movers to a lower value than that they were originally designed and certified for.