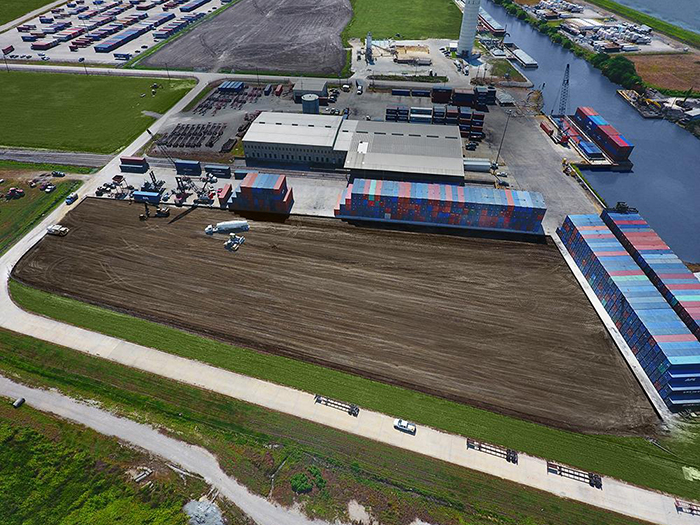 A public/private partnership between the Port of Greater Baton Rouge, La., and container-on-barge (COB) specialist SEACOR AMH has produced steady increases in the number of containers handled at the port’s Inland Rivers Marine Terminal (IRMT). In 2017, SEACOR AMH handled 8,018 containers at the terminal. In 2018, that number increased to 13,685 and continued to rise in 2019 to 14,000 containers.

The yard can now handle approximately 2,000 containers including containers measuring 40 feet, versus 20 feet. Total cost of the expansion was $5 million, with the Louisiana Department of Transportation and Development’s Port Priority Program providing $3.4 million and the Port providing $1.6 million.

The IRMT is located on a barge canal near the intersection of the Mississippi River and the Gulf Intracoastal Waterway. The container-on-barge service takes empty barges from Memphis to several local petrochemical plants where they are filled with containers loaded with plastic pellets. The containers are then shipped down the Mississippi River to New Orleans where they are sent to plants in Europe, Asia and South America.

Port Executive Director Jay Hardman said that the response from local industry to the COB service has been very encouraging. “We have been able to build in more efficiency in our service, which translates to a smoother, more fluid operation, lowers costs, and keeps the service competitive,” says Hardman. “There is increased acceptance among regional shippers to moving their products via containers on the Mississippi River versus truck and rail. As the service continues to grow, it’s catching the attention of more and more potential customers.”