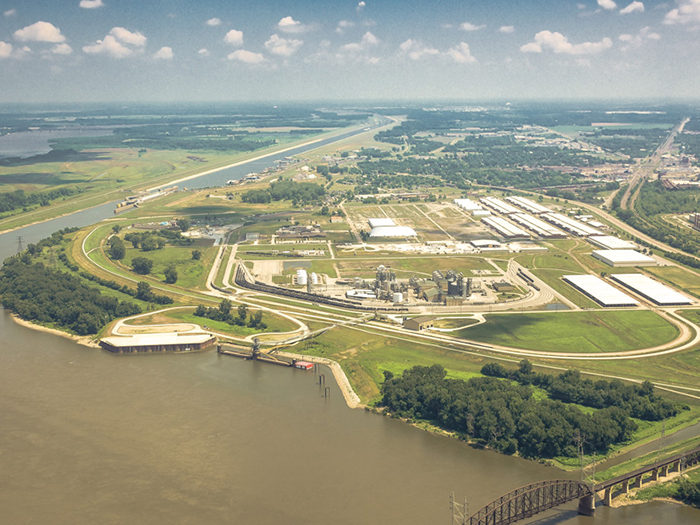 The St. Louis Regional Freightway reports that the latest data from the U.S. Army Corps of Engineers (USACE) show that the St. Louis Regional Ports held onto the top ranking as the most efficient inland port district in the U.S. in terms of tons moved per river mile during 2017, the most recent year for which final numbers are available.

The St. Louis region’s barge industry handled 472,400 tons per mile. That was 1.6 times the efficiency of the Port of Pittsburgh, Pa., which ranked number two with 286,000 tons per mile. The port of Huntington-Tristate, W. Va., ranked third, moving 95,930 tons per river mile.

According to the USACE, the 70-mile St. Louis regional port system represents only 8 percent of this 855-mile section of the river, yet carried 39 percent of the 2016 freight.

“These latest numbers go beyond reinforcing a key stretch of our port system as the Ag Coast of America; they underscore the St. Louis region’s critical role in the nation’s freight network,” said Mary Lamie, Executive Director of the St. Louis Regional Freightway. “Continuing investments in the St. Louis region’s ports and river terminals have created a highly competitive shipper and carrier market featuring greater efficiencies and lower costs. We have every reason to believe the positive trends will continue, given the excess capacity at river terminals and high concentrations of barges; exceptional intermodal connectivity; and the region’s unrivaled location in America’s heartland, providing the northernmost ice-free and lock-free access on the Mississippi River.”

Overall, as of 2017, St. Louis was the third largest inland port by total tonnage. While the region’s ports and terminals are widely recognized for their role in moving agricultural products, waterborne freight moving through the region is actually more diversified than the average inland port. As of 2016, soybeans, corn and cement were the top three commodities by waterborne tonnage (48% of all tonnage). Looking at just inbound commodities, as of 2016, coal and nitrogen fertilizer were the commodities with the greatest inbound flow by water to St. Louis, accounting for 34 percent.

“That bodes well for the region as the diversity within our commodity flows, and the ability of the freight network to handle that diversity, means that even as coal continues trending down, the St. Louis port system should still fare well,” said Lamie.