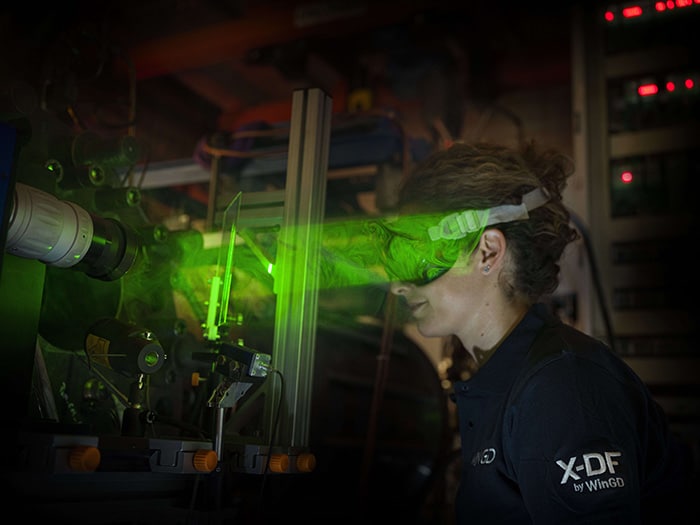 Winterthur, Switzeland headquartered WinGD is to collaborate with Hyundai Heavy Industries’ Engine Machinery Division to deliver the first WinGD engine capable of running on ammonia. The two parties will aim to deliver a first engine by 2025, in line with WinGD’s previously announced timeframe for bringing ammonia-fueled engines to market.

“This project will give WinGD and HHI an important advantage in the development of ammonia-fueled marine engines,” said Dominik Schneiter, VP R&D, at WinGD. It will set the path for a new generation of two-stroke engine technology applicable to a wide range of cargo vessels in the coming decades.”

“There is strong market demand for commercialized ammonia-powered vessels in the near future,” said Kwang-Hean An, president and COO at Hyundai Heavy’s Engine Machinery Division, adding that the collaboration with WinGD would ensure that the division is ready to support that demand with the required engine technologies.

The project will include developing relevant safety, emissions abatement and fuel supply solutions for ammonia engines.

Ammonia is a hydrogen based zero-carbon fuel that can be produced with no greenhouse gas emissions using renewable electricity. It is particularly likely to have an important role in the decarbonization of deep-sea shipping where net-zero carbon fuel options with the required energy density for feasible onboard storage are limited.