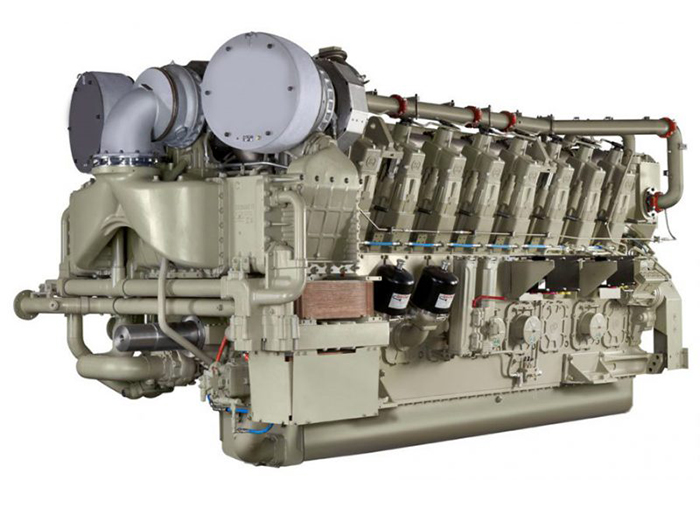 The diesel-electric ships will each have four main engines divided between two engine rooms and Wabtec’s marine diesel engines will be integrated into generator sets by Cummins.

The V250 series diesel engines for the NSMV fleet will be manufactured at Wabtec’s Grove City, Pa., plant.

“This federal order will create job opportunities and economic growth in Western Pennsylvania,” said U.S. Senator Bob Casey. “I have consistently advocated for contracts awarded by the Maritime Administration for its National Security Multi-Mission Vessel Program to include American manufacturers to the maximum extent and consequently strengthen U.S. manufacturing and contribute to our Nation’s economic recovery. I have long supported this facility from when it was owned by GE Transportation and I am pleased to see that Wabtec’s Grove City plant in Pennsylvania has been awarded this opportunity.”

“I want to congratulate Wabtec for winning the National Security Multi-Mission Vessels contract,” said U.S. Representative Mike Kelly. “This is exciting for the whole company, especially those who work at the Grove City plant and produce first class diesel engines. More importantly though, this contract shows America is once again leveraging Western Pennsylvania’s industrial know-how for our nation. Wabtec’s innovations in their diesel engines have put the company ahead of its global competitors and the awarding of the MARAD contract proves that.”

“Wabtec is honored to supply next-generation engine technology for the NSMV fleet to train future generations of American mariners and sail on missions where reliability is critical,” said Tammy Gromacki, Wabtec’s general manager of Marine and Drill. “With this order, the federal government can begin to realize the cost, reliability and emission-reduction benefits enjoyed by Wabtec commercial ship operator customers around the world.”