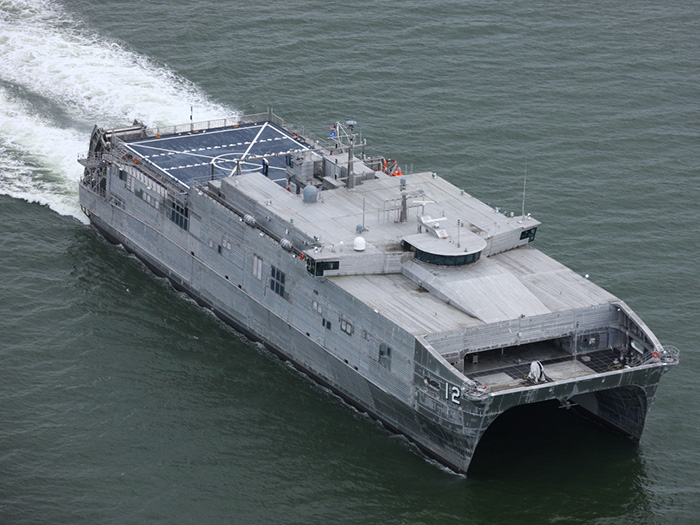 Acceptance trials consist of a series of in-port and at-sea demonstrations that allow the Navy and the shipbuilder, Austal USA, to assess the ship’s systems and readiness prior to delivery to the Navy.

“The completion of this milestone is another win for our Navy and industry partners and a testament to the hard work of our shipbuilding team,” said Tim Roberts, program manager, Strategic & Theater Sealift, Program Executive Office (PEO) Ships. “USNS Apalachicola will enhance the operational flexibility needed by our sailors.”

The ship vessel also completed the unmanned logistics prototype trials that we reported on earlier. These assessed autonomous capabilities integrated into the shipboard configuration, demonstrating that a large ship can become a self-driving platform.

In transit from Mobile, Ala., to Miami, Fla., Apalachicola’s autonomous system completed a stress test in high-traffic coastal areas by taking appropriate ship handling actions while operating around other ships, boats, sailboats, and craft. Overall, the ship was in autonomous mode for approximately 85 percent of the multiple day at-sea period.

The unprecedented development of autonomous capability on Apalachicola is the culmination of collaborative efforts with the Navy’s shipbuilding and industry partners, Austal USA, L3 Harris and General Dynamics.

“The ability to expand unmanned concepts into the existing fleet was validated by these trials,” said Roberts. “The capabilities integrated onto EPF 13 set the groundwork for future autonomous operations.”

USNS Apalachicola is scheduled to be delivered to the Navy later this year.