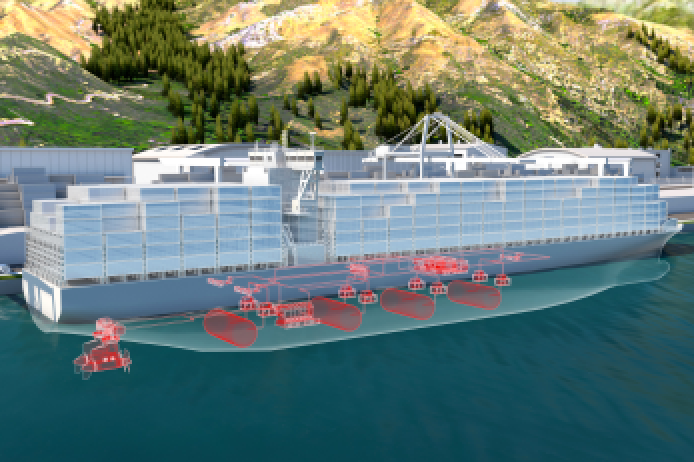 Around now in normal times, European marine technology companies would be putting the finishing touches to their plans for the outsize biennial mega event that is the SMM trade fair in Hamburg, Germany. Originally planned for September 8-11 this year, it had been expected to attract more than 50,000 visitors and 2,200 exhibitors. Now the coronavirus has forced SMM to be postponed until February 2-5, 2021.

Whether SMM will bounce back to its previously predicted level of support is a matter of speculation. What’s not in doubt is that European marine technology and maritime research is still a dominant force even in a world where most commercial ship tonnage is built in Asia. And one reason why Hamburg is a natural focal point for a maritime mega show that has always had a strong technical focus is the continued strength of Germany as a place where maritime equipment is not only designed but, to a large extent, actually built.

According to trade association VDMA, in 2019, the German shipbuilding and shipbuilding supplier industry had some 64,500 employees in around 400 companies with an annual turnover of around $12.75 billion—with international orders accounting for 75% of supplier base sales.

Sales in the industry rose by an average of 3.9% in 2019. However, says VDMA, the picture was mixed. While 57% of supplier base businesses reported growth in 2019, another 27% saw sales drop.

This year, of course, all the signs are that world shipbuilding activity will be down. But the only question is by how much? This is something that will have a negative impact not only on German marine manufacturers but the entire European industry. The signs are that industry leaders are buckling in for a rough ride, but still have a clear notion of where they are headed: coming up with the solutions that will help shipping meet the challenges of decarbonization.

One major player preparing to weather tough times in MAN Energy Solutions. Preparing for “a prolonged period of stagnant sales as a result of the COVID-19 pandemic,” the executive board of MAN Energy Solutions is launching what it calls a comprehensive program to ensure the future viability of the company. Measures to be taken includes cutting nearly 4,000 jobs from its current total of nearly 14,000 employees worldwide.

The company says that “extensive cost-cutting and restructuring measures are the necessary next steps on the way to the company’s transformation into a solutions provider for sustainable energy supply.” In addition, the company is preparing for a prolonged period of stagnant sales as a result of the COVID-19 pandemic.

To achieve this, the company plans to cut its costs by EUR 450 million euros (about $521 million) and increase its operational flexibility, among other objectives. The aim is to achieve an operating margin of 9% and improve the company’s cash and liquidity position by 2023, even taking the global economic impact of COVID-19 into account.

A key component of the program will be adapting and optimizing the production network with a focus on core value creation and greater flexibility.

The program will also focus on reducing the cost of materials and equipment, optimizing the service network, streamlining the product range, cutting costs within the group functions, and focusing research and development on next-generation technologies.

“We need to prepare ourselves for a market environment that will remain difficult for a long period of time,” said Dr. Uwe Lauber, CEO of MAN Energy Solutions. “Some of the company’s key areas of business, such as the cruise ship business, have been directly affected by the economic impact of the COVID-19 pandemic and we do not expect to see a recovery to pre-crisis levels until 2023. The program is designed to address these negative market influences and make lasting improvements to MAN Energy Solutions’ ability to respond to market fluctuations. We have already begun to combat negative market influences in recent years and, as a result of the measures we have introduced, we have achieved and even exceeded our revenue targets. In terms of earnings, however, we haven’t yet reached our goal. Therefore, increasing our profitability and improving our competitive ability are key to continue successfully implementing our strategy for the future.”

That strategy was announced in June 2018 when the company, then MAN Diesel and Turbo, rebranded as MAN Energy Solutions to mark its transformation from a component supplier to provider of sustainable energy solutions. These new solutions are expected to account for 50% of its business by 2030.

Other major European suppliers, in one way or another, are on similar paths. A common thread has been a focus on digitalization and connectivity and, very importantly, on responding to the needs of a world maritime industry that is increasingly prioritizing sustainability and decarbonization. Earlier this year, Palle B. Laursen, Maersk chief technical officer, said that the company had set itself a target of becoming carbon neutral by 2050 and that “to bring this ambition to life, we need to bring the first commercially viable carbon neutral vessel into operation by 2030.”

What does all this translate into in terms of technology and European companies’ ability to stay ahead of the curve? It may be useful to look at what’s happening at both ends of the vessel size spectrum. Put simply, it’s comparatively simple to make a small vessel, such as a short-run passenger ferry, emissions-free and developments here are racing ahead. Large oceangoing vessels are a tougher nut to crack.

For the foreseeable future, the prime mover of choice for large ships will likely continue to be large two-stroke engines. What will change will be the fuel they burn. The two most promising zero carbon fuels are widely identified as ammonia and hydrogen.

MAN Energy Solutions said last year that an ammonia-compatible version of its dual-fuel marine engine would be available in two to four years, and that ammonia fueled two-stroke auxiliary engines would be feasible.

Wärtsilä, meantime, reported earlier this year that it had initiated combustion trials using ammonia. As part of the tests, ammonia was injected into a combustion research unit to better understand its properties. Based on initial results, the tests will be continued on both dual-fuel and spark-ignited gas engines. These will be followed by field tests, in collaboration with shipowners from 2022.

“The first tests have yielded promising results and we will continue to optimize combustion parameters,” said Kaj Portin, general manager, fuel and operational flexibility, Wärtsilä Marine. “This is an important step in making sure that Wärtsilä can provide the engine and fuel systems that ship owners need, whichever fuel they choose in the future.”

Since then, Wärtsilä has reported that the world’s first long-term, full-scale test of ammonia as fuel in a marine four-stroke engine is planned to start in the first quarter of next year. The project brings together Wärtsilä, Norway’s Knutsen OAS Shipping AS and Spanish energy company Repsol. It is being backed with a NOK 20 million (about US $2 million) grant from the Norwegian Research Council. The tests will take place at the Sustainable Energy Catapult Center’s testing facilities in Stord, Norway.

Ammonia is hardly a sweetheart of a fuel. “It ignites and burns poorly compared to other fuels and is toxic and corrosive, making safe handling and storage important,” notes Wärtsilä. “Burning ammonia could also lead to higher NOx emissions unless controlled either by aftertreatment or by optimizing the combustion process.”

All of these, though, are problems that engineers can solve, because that’s what engineers do. The real obstacles to widespread adoption of ammonia, and for that matter hydrogen, as marine fuels relate to creating industrial scale production of non fossil-fuel derived green hydrogen and green ammonia. And when that has been achieved, a worldwide bunkering network to get these fuels to ports and ships will have to be built. That last problem is one that had to be resolved to make LNG a commercially viable marine fuel. 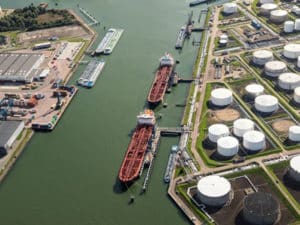 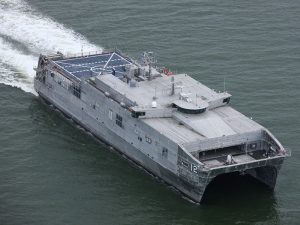 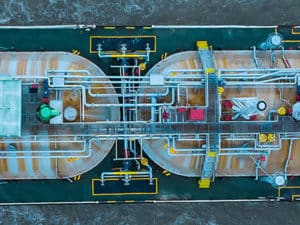