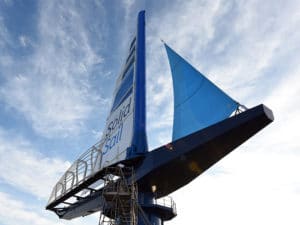 Is this the right sail solution for cruise ships? 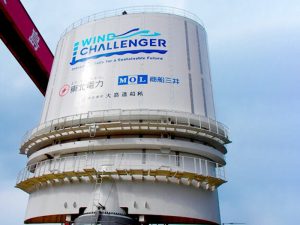 A coal carrier serving Japan’s Tohoku Electric Power Co. is to be fitted with a hard sail system jointly developed by Mitsui O.S.K. Lines Ltd. (MOL) and the Oshima Shipbuilding Co. under 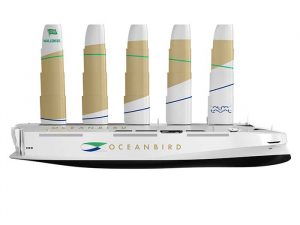 Alfa Laval and Wallenius move ahead on wind propulsion JV

Aiming to take the Oceanbird wind power solution to commercial reality, Alfa Laval and Wallenius have finalized their previously announced joint venture on the wing sail project for wind propulsion. On November 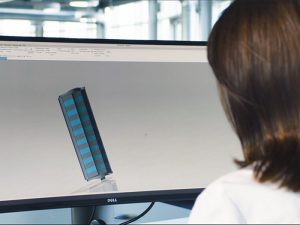 Agribusiness giant Cargill, one of the world’s top charterers of ships, is continuing to put its considerable weight behind efforts to decarbonize shipping. In its latest move in this direction it has 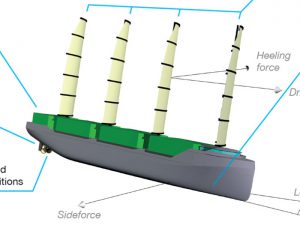 First findings of wind propulsion study to be released

MAY 19, 2016—Dagmar Nelissen, senior researcher and consultant at CE Delft, will present the preliminary findings of  an EU-funded study “Analysis of market potentials and market barriers for wind propulsion technologies for 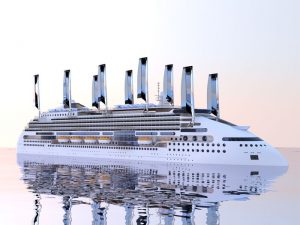 World’s greenest cruise ship to be unveiled at COP21

That’s the hope of the Japan based Peace Boat, an NGO that has Special Consultative Status with the Economic and Social Council of the UN and serves as an official messenger for projects including the UNISDR Resilient Cities Campaign.

Nominated for the Nobel Peace Prize in 2008, Peace Boat’s main means of taking its message to the world is through its ship, currently the chartered in Ocean Dream (which was delivered in 1982 as Carnival Cruise Line’s first newbuild, the Tropicale).

Since its establishment in 1983, and using a variety of ships,  Peace Boat has organized over 80 voyages, carrying more than 50,000 people to over 180 ports.

Now, though, Peace Boat has scheduled a briefing that will be held December 5 in Paris during the COP21 conference. It will reveal more details of the design for its Ecoship, which it says will be the  world’s “greenest” cruise ship, along with its plans for the ship’s maiden voyage in 2020.

The plans for the future-ready 55,000 ton Ecoship have been developed by a team of over 30 engineers, scientists and thinkers from the fields of shipbuilding and  eco-technology (including renewable energy, architecture, and waste management).

With a hull form inspired by the whale, the vessel’s ecologically friendly features include 10 retractable solar-paneled sails and retractable wind generators, as well as a future-ready hybrid engine.

Peace Boat says that with its energy efficiency and projected cuts in CO2 emissions its Ecoship will be the flagship for green technology in passenger shipping, serving as a model for cruise operators worldwide.

“Peace Boat’s 2020 launch of the Ecoship offers a vision for a climate-friendly future and can lead the way towards a green cruising model that can also impact the wider shipping industry. The industry must adapt to the planet’s needs,” says Yoshioka Tatsuya, Founder and Director of Peace Boat.

“We are delighted to see wind propulsion being used on this innovative cruise ship design. The Ecoship will be a front runner in the design of lower impact cruise vessels and we will be working with the industry segment to help bring more wind propulsion solutions into the mix,” says Gavin Allwright, Secretary of the International Windship Association (IWSA), “IWSA has recently welcomed Peace Boat onboard as one of our newest members, and we look forward to working together over the coming years, helping to spread the message of low carbon, sustainable shipping worldwide.” 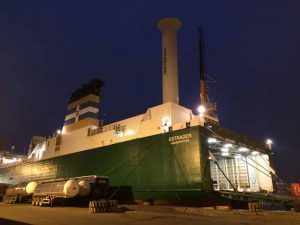