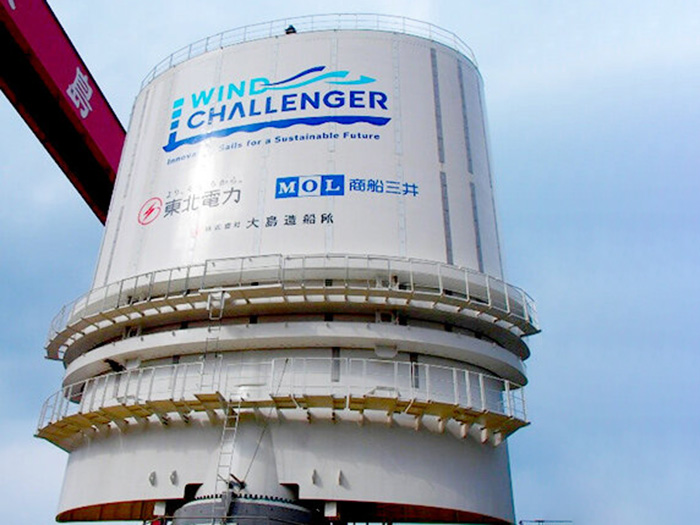 A coal carrier serving Japan’s Tohoku Electric Power Co. is to be fitted with a hard sail system jointly developed by Mitsui O.S.K. Lines Ltd. (MOL) and the Oshima Shipbuilding Co. under their “Wind Challenger” project, which got started in 2009.

MOL says the additional propulsion power from wind can reduce a vessel’s greenhouse gas (GHG) emissions by an estimated 5% to 8% compared to conventional ships of the same class.

As was just underscored by Eastern Pacific’s implementation of its “No Coal Cargo” policy, coal has now become a controversial commodity and the GHG savings produced by the hard sail are likely to be small in comparison with those emitted when the coal carried by the 99,000 dwt bulker is used for power generation.

Whether the hard sail will be seen as just a large “green fig leaf,” or an example of “every little helps,” depends on one’s understanding of Japan’s efforts to wean itself from coal.

Be that as it may, the hard sail will be installed on the bulk carrier, which is currently under construction at the Oshima shipyard, after shoreside tests.

The vessel is slated for delivery this fall after sea trials. And, if the hard sail produces the GHG savings projected by MOL, it may well be a candidate for fitting on vessels carrying less carbon-intensive cargoes.