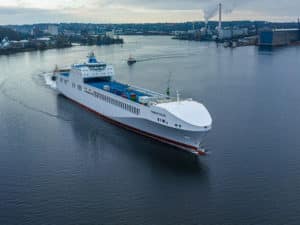 German shipbuilder Flensburger Schiffbau-Gesellschaft (FSG) reports that its newbuilding 782 has left the Flensburg Fjord and set course for Bremerhaven. The ship, the 210-meter long RO/RO ferry Tennor Ocean, is being built 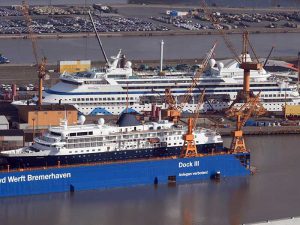 JUNE 20, 2017 — Work on four cruise ships has kept Germany’s Lloyd Werft Bremerhaven GmbH, now owned by Malaysian-based Genting Group, busy in the past few months as it gears up 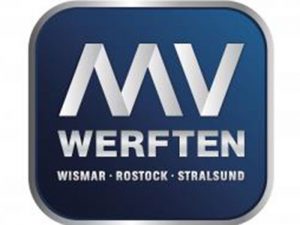 JULY 11, 2016 — Genting Hong Kong has rethought its plans for its German shipbuilding operations, consisting of Lloyd Werft, Bremerhaven, and the three shipyards in the state of Mecklenburg-Vorpommern bought this 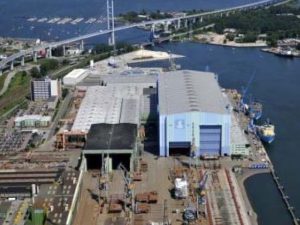 APRIL 27, 2016 — Genting Hong Kong has completed its EUR 230.6 million acquisition of Nordic Yards’ three shipyards in Wismar, Warnemunde and Stralsund, Germany. The move not only gives Genting an 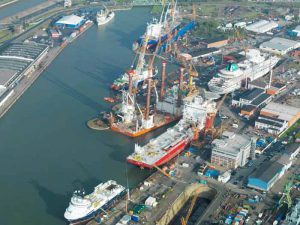 The deal will see Genting invest EUR 17.5 million for 70% of the new shipbuilding business and a 50% ownership of the shipyard’s land. Genting Hong Kong will complete the acquisition of Lloyd Werft subject to certain final purchase conditions.

“Lloyd Werft has built and lengthened six of the ships owned by an affiliate of the company and has the expertise to build a series of world class cruise ships for the company, which will include the ‘Exclusive Class’ vessels for Crystal Cruises, the world’s most awarded luxury cruise line,” said Tan Sri Lim Kok Thay, Chairman and Chief Executive Officer, Genting Hong Kong. “Ownership in Lloyd Werft will enable Genting Hong Kong to leverage on the shipyard’s technical expertise and their well-established and long track record in the shipbuilding industry.”

Genting Hong Kong (GHK), the owner of Star Cruises and a major shareholder in Norwegian Cruise Lines, bought two ship luxury line Crystal from Japan’s Nippon Yusen Kabushiki Kaisha (NYK) in a deal announced this March. It followed that up with an announcement in July revealing that over the next three years Crystal will will add not only three new ocean ships but will get into the cruise yacht and river cruise segments and create a new type of luxury travel with its own Boeing 787 Dreamliner aircraft (see earlier story).

Lloyd Werft will play a key part in the expansion. It is to build the river cruise ships for the new Crystal River Cruises  and has a letter of intent to build three new “Crystal Exclusive Class,” polar ice class cruise ships with the first expected for delivery in late 2018.

“With such great anticipation for Crystal River Cruises and Crystal Exclusive Class ocean vessels, we are incredibly excited about Genting’s groundbreaking investment in the Lloyd Werft shipyard that will contribute mightily to Crystal Cruises’ expansion,” said Edie Rodriguez, Crystal’s president and CEO.

Lloyd Werft was founded in 1857 and initially focused on the general ship repair business, moving into the conversion and newbuilding businesses in the 1970s. The yard, situated on 260,000 square meters and comprising of six docks and a 1,600 meter pier, has a newbuilding track record including cruise vessels for Norwegian Cruise Line including Pride of America, Norwegian Sky and Norwegian Sun, mega yachts and pipe-laying vessels.