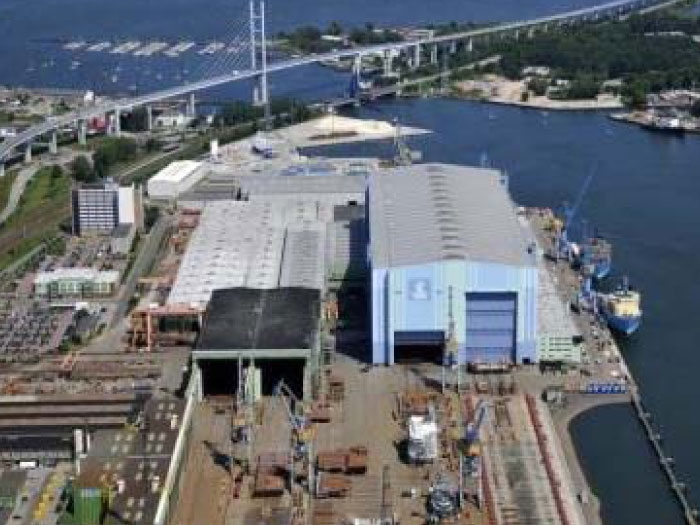 The move not only gives Genting an in-house capability to cover its own cruise ship newbuilding needs, but creates a new competitor in the mega cruise ship market, currently dominated by just three players.

The newly acquired yards and the already Genting-owned Lloyd Werft shipyard in Bremerhaven, will be managed as the Lloyd Werft Group, optimizing the strengths of each yard for design, fabrication, outfitting and final assembly.

Genting says that ownership of the yards will free it from the delivery timing and pricing uncertainties associated with the cruise ship order book cycle, which continues at historic highs, allowing management to focus on the strategic planning, design and deployment of the planned cruise ships among its three brands, Star Cruises, Dream Cruises, and Crystal Cruises.

“We are pleased with the completion of the transaction as ownership of the yards provides certainty that we can build a fleet of high quality cruise ships at a pace dictated by our growth rather than constrained by supply as cruise ship order book continues to reach all-time highs, with orders placed as far out as 2026, ten years from now,” said Tan Sri Lim Kok Thay, Chairman and Chief Executive Officer, Genting Hong Kong. “We will begin by building four Crystal river ships scheduled for delivery in 2017 and Crystal Endeavor, the first purpose-built polar class expedition megayacht, for delivery in 2018. Our goal is to grow the yard output to two mega cruise ships and one mid-size cruise ship or megayacht a year within a decade, not only for our own fleet but also for other cruise lines and yacht owners.”

The three newly acquired shipyards, built originally at over one billion euro have covered dry docks and building halls, resulting in high labor productivity and completion quality as cruise ships can be constructed regardless of weather conditions.

The Stralsund shipyard has covered shipbuilding fabrication halls and a ship lift to launch completed cruise ships and megayachts up to 270 m long or about 50,000 gross tons each.

Genting is to invest about 100 million euros more in thin steel fabrication facilities, cabin module factory and other improvements and, together with the existing production capacity in the three yards, will be able to build two mega cruise ships and a mid-size cruise ship or megayacht a year by the next decade.

“Tan Sri Lim, Chairman of Genting Hong Kong will be signing a significant new multi-ship order with the Lloyd Werft Group on May 10, and these orders will help support the German and European shipbuilding industrial sector and employment during the current shipbuilding downturn,” said Rüdiger Pallentin, Managing Director of Lloyd Werft. “To support the new shipbuilding program, Mr. Hui Lim, Executive Director – Chairman’s Office and Chief Information Officer of Genting Hong Kong will open the new Lloyd Werft Design Center in Bremerhaven on May 9, which will house more than 250 designers, and Edie Rodriguez, President and CEO of Crystal Cruises, will officiate at the steel cutting ceremony for the Crystal river ships also on May 9.”