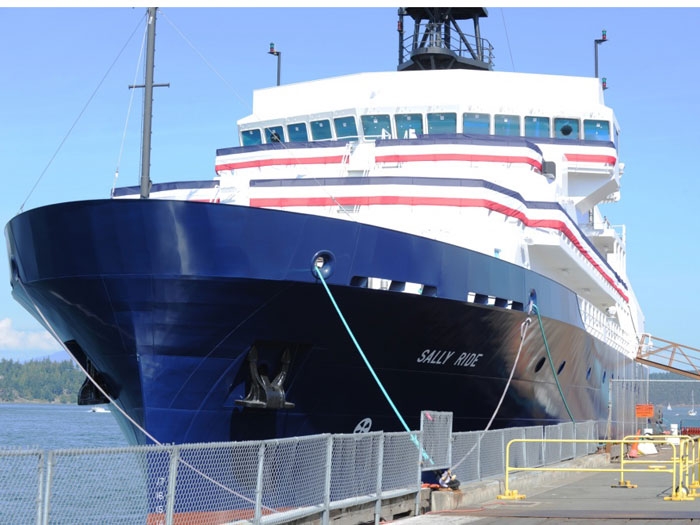 The trials tested various shipboard systems and ensured readiness prior to acceptance trials with the U.S. Navy’s Board of Inspection and Survey. The propulsion system, mission-over-the-side handling equipment, anchor handling system, and work/rescue boat launch system were among the systems successfully demonstrated.

Based on a single-hull commercial design, R/V Sally Ride is approximately 238 feet long and incorporates technologies that include high-efficiency diesel engines, exhaust gas emissions controls and new information technology tools both for monitoring shipboard systems and for communications,

Oceanographic Research Vessels provide scientists with the tools and capabilities to support ongoing research, including in the Atlantic, Western Pacific and Indian Ocean regions.

The vessel has accommodations for 24 scientists and will operate with a crew of 20.

On delivery, it will be operated by the Scripps Institution of Oceanography under a charter party agreement with Office of Naval Research.