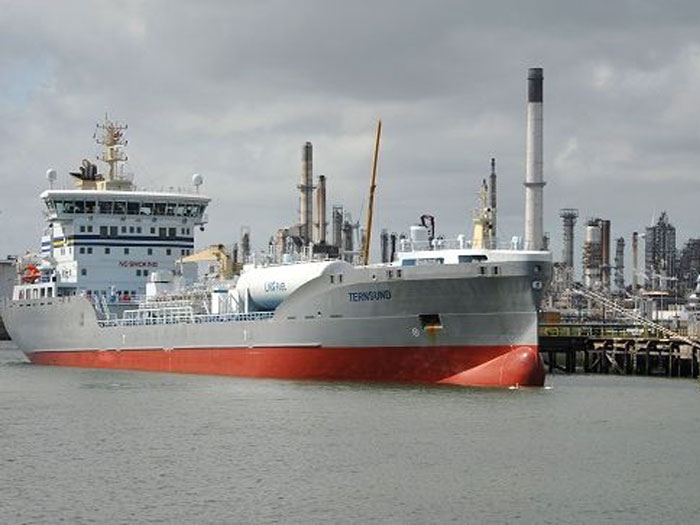 MARCH 28, 2017—With the the IMO Global Sulfur Cap of 0.5% looming on the horizon in 2020, Jack Jordan, Editorial Lead, S&P Global Platts, writes about whether shipowners will embrace burning Liquefied Natural Gas (LNG) to comply with stricter emissions or remain wary of the upfront investment and lack of bunkering infrastructure.

Time passes quickly when looking into LNG bunkering. Two years ago the market talked about it as a possible solution to the introduction of a 0.1% sulfur emission control area (ECA) for ships in northern Europe. Five years before that it was the start of the 1% sulfur ECA in the same area that might have helped promote the idea.And now the International Maritime Organization (IMO) has decided that global marine sulfur emission limits will be cut from 3.5% to 0.5% from 2020, prompting some to wonder again whether LNG bunkering might be the solution. Not long ago the industry gathered in Amsterdam for the annual LNG Bunkering Summit with that hope in mind.

When 2020 comes, shipowners will either be forced to install emissions-cleaning scrubbers on board their vessels or switch to burning cleaner, more expensive fuels. For most that will mean switching to a gasoil-based fuel, but switching to LNG would allow shipowners both to comply with the new sulfur regulation and with future limits on nitrogen and particulate matter emissions that are likely to be imposed.

But while a ship can burn a gasoil-based fuel straight away, using LNG would need a new engine for most—and retrofitting one into an existing vessel looks prohibitively expensive. So making the switch requires large up-front capital expenditure on new vessels from a shipping industry that isn’t flush with cash at the moment.

Officialdom has been convinced of the environmental benefits of LNG bunkering. There were port authority representatives from as far away as Miami at the Amsterdam conference. And the energy majors are excited about a potential new market for their LNG, with Shell alone sending seven people to Amsterdam.

But shipowners were few and far between at the summit, and it was difficult to find a single one who hadn’t already invested in LNG bunkering. There was no great body of shipowners on the fence about the idea who wanted to come and find out more.

But for large tankers, dry bulk vessels and container ships to see it as a viable option—representing the majority of global bunker demand—their operators would need a much faster delivery method. And that kind of infrastructure development has been very slow to emerge, with suppliers understandably cautious about spending money on it before they see signs of demand.

Tankers and dry bulk vessels also have more unpredictable schedules, in terms of time and geography, than other segments in the industry and would need LNG to be available at the majority of ports they might visit.

This dynamic has led to a lack of inertia all round, with shipowners and suppliers both being wary of taking the first step until the other side shows signs of a major commitment. And the crude price collapse in 2014 didn’t help, as it left shipowners a lot less concerned about their fuel costs.

All of this may or may not start to change soon, with Shell’s first LNG bunker barge coming to northwest Europe this summer and similar projects under way elsewhere. We’re due another cycle of fleet scrapping and renewal sometime in the next few years, and some are hopeful that those buying new vessels will take LNG seriously as an option.

But not everyone is all that hopeful.

“I’m not sure there’s a lot of potential yet—it’s not booming, at least,” a representative of a small-scale LNG technology company said at the conference. “I’ve been looking at this market since 2007, and every year you think this could be it, this is the year. But we’re not there yet.”

In a survey conducted at the S&P Global Platts London Oil Forum during IP Week this year, just under 14% of respondents said they planned to use LNG to meet the new sulfur rules in 2020. This was just about the same percent who said they would simply be non-compliant with the new rules.

The switch from coal to oil as bunker fuel around a century ago was at first driven primarily by the military needs of the British Royal Navy. But without Winston Churchill here to tell the global fleet what to do, it’s hard to see what might prompt a similar shift now.