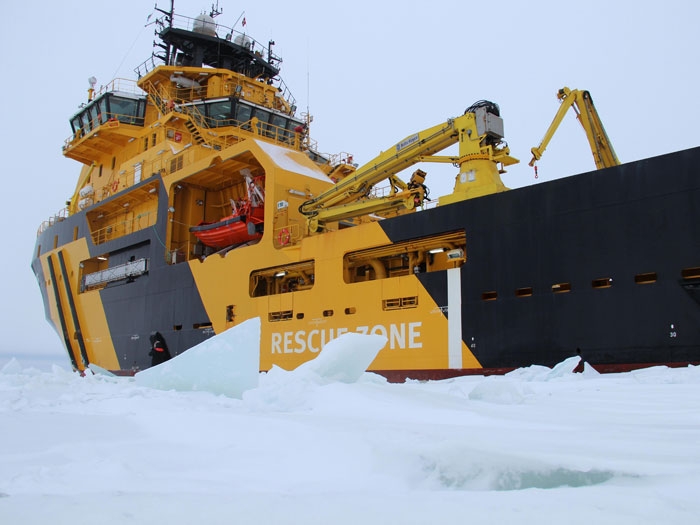 FEBRUARY 19, 2015 — After a successful survey, DNV GL and the Danish Maritime Authority confirm that the AHTS Magne Viking, owned by Viking Supply Ships, is in compliance with the new IMO Polar Code.

“Having followed the development of the Polar Code for some years, it is a great achievement to finally survey the first vessel to comply with the Code,” says Morten Mejlænder-Larsen, responsible for Arctic and Polar activities at DNV GL – Maritime.

With a long experience of Arctic operations in low temperatures and ice covered waters, Viking Supply Ships saw the value in the IMO Polar Code and decided to implement it early on.

The process has included updates of vessel and equipment, as well as providing the required documentation.

“As this vessel was already winterized and built for operation in cold climate, most of the additional requirements in the Polar Code were already fulfilled before we started the implementation process,” says Andreas Kjøl, Project Director at Viking Supply Ships.

The IMO Polar Code will be mandatory for all SOLAS vessel entering Arctic and Antarctic waters from January 1, 2017. The Code is an add-on to existing IMO codes where the main requirements are related to safety (SOLAS) and protection of the environment (MARPOL).

DNV GL will, on behalf of the flag authorities, issue the Polar Ship Certificate for vessels complying with the new code.

IMO introduced the code in response to the growing number of vessels entering polar waters as ice recedes, The code identifies the main additional risks faced when operating in these waters and sets out the measures to be taken to mitigate them.