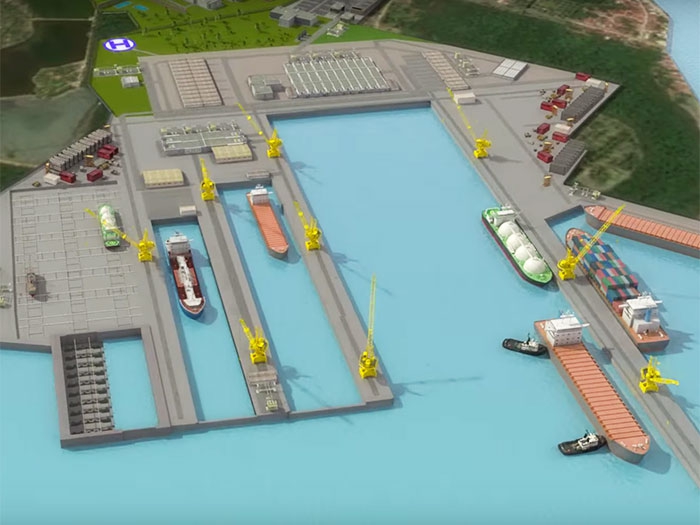 JULY 15, 2016 — Plans for a major new ship repair facility in Brazil are moving ahead.

The Brasil Basin Drydock Company (BBDC) yesterday received a preliminary environmental license, marking a major milestone in the implementation of plans for the Empresa de Docagens Pedra do Ingá (EDPI) ship repair yard, to be located in the municipality of Lucena, in the northeastern Brazilian state of Paraíba.

Issuance of the preliminary license to the BBDC confirms the feasibility of the project from an environmental perspective and marks an important transition for the EDPI shipyard from implementation planning to execution.

“The EDPI project team in Paraíba, Rio de Janeiro and New York are delighted with this result,” BBDC Project Manager for the EDPI facility development, Celso P. Souza, said from Rio de Janeiro. “We have achieved an important objective of the project, but recognize that there is still a lot to do. We are now working towards satisfying the requirements of the installation license and beginning the next stage of engineering and basic design, with a targeted start of construction in 2017.”

“The preliminary license was key for us,” said Dave Saginaw, the Commercial Director of McQuilling Services, LLC, New York, and the Project Director of the Brasil Basin Drydock Company (BBDC). “While we always believed we would get it, based on the initial environmental studies that we conducted, we wanted to have it in hand to begin the primary funding stage in earnest. We have been speaking with regional players for project financing with good results and are now intensifying discussions with interested equity investors, both in Brazil and internationally. We are moving forward on several existing discussions with potential strategic partners who have interest in the project. We are confident that the project – as well as the overall situation in Brazil – has turned a critical corner and that we will be able to support a 2017 construction start, with first repairs beginning in 2019.”

Positioned near to major shipping lanes in the Atlantic Basin, the 660,000 square meter facility will be purpose-built for ship repairs, and its two graving docks and hydrolift facilities will be capable of drydocking any ship in the world merchant fleet.

Conceptual discussions about the new ship repair facility began in 2010, with initial funding for feasibility analyses carried out in 2012. Promon Engenharia Ltda. joined the project in 2013 and additional funding was secured in 2015 from a major international shipowner. Operations are planned to commence in 2019.