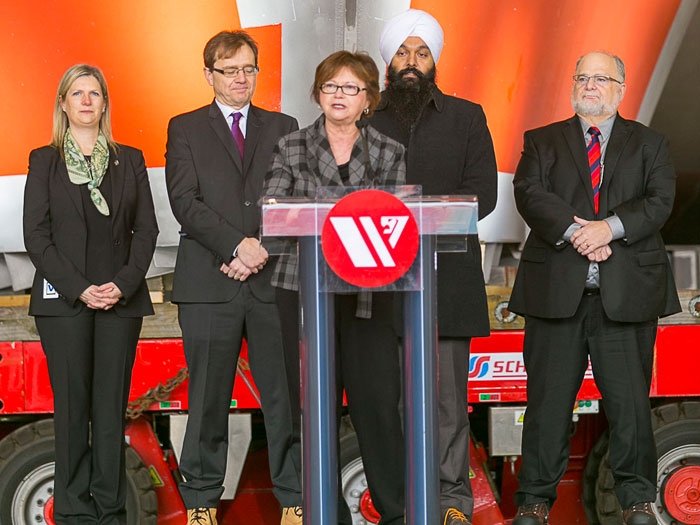 The announcement followed press reports that Minister Foote’s office has now said it is not considering a proposal from Quebec’s Chantier Davie to build four icebreakers and three support ships for the Coast Guard at a cost of $1.7 billion (see earlier story).

“Today is an exciting day for Seaspan and marks a major milestone for the National Shipbuilding Strategy (NSS) as we continue to re-write shipbuilding history in Canada,” said Brian Carter, President – Seaspan Shipyards. “This announcement is a strong reminder of the progress being made under the NSS. Its impact will continue to increase opportunities for Canadian companies and provide jobs for Canadians that flow from our delivery of vessels to the Canadian Coast Guard and Royal Canadian Navy.”

With the new OOSV and JSS contracts now in place, says Seaspan, specialized parts such as propulsion systems, scientific equipment, generators and steel can be ordered prior to start of construction, helping to ensure the best value and timely delivery of these vessels.

To date, says Seaspan, Vancouver Shipyards has awarded $380 million in contracts to suppliers in Canada, with more than 160 Canadian companies having already benefited from these investments. It is estimated that Seaspan’s NSS work will create more than 2,300 direct, indirect and induced jobs annually and produce almost $290 million per year in GDP for Canada’s economy.