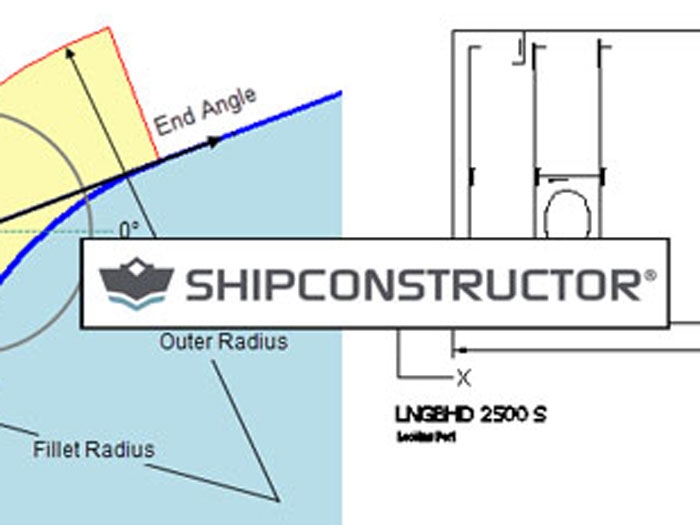 MAY 29, 2014 — ShipConstructor Software Inc.(SSI), Victoria, BC, Canada, has released ShipConstructor 2014 R2.1. This latest version of SSI’s AutoCAD based CAD/CAM software suite has been designed to rapidly respond to emerging trends in ship design and engineering identified by SSI’s new Client Council program.

“Both technology and industry requirements are evolving quickly so our clients continually need to adapt,” explained SSI CTO Denis Morais. “SSI’s Client Council program has been designed to address this by having focus groups of similar clients propose new features that SSI can quickly incorporate into our software. ShipConstructor 2014 R2.1 is the first of our Client Council releases and I’m pleased with how quickly things came together. Within just a few months, we hammered out an agreement, developed and tested the new functionalities requested, and have now released new features that can immediately address clients’ pain points and enhance their competitiveness.”

The group suggested several ways to enhance their productivity such as a new split plate command, a new fillet cut type for stiffener endcuts, increased pipe and HVAC connection tolerance, as well as the ability to create MarineDrafting views in other types of drawings. These features have now been incorporated into ShipConstructor 2014 R2.1.

An emerging trend is that ShipConstructor software is being used earlier in the design process and clients want to reuse the information at later stages in order to avoid rework and prevent errors. Therefore, ShipConstructor 2014 R2.1 now has the ability to create full panel parts and then break them into separate parts at a later stage. This allows, for example, a large plate panel to be modeled as a single plate part which could then be 100% detailed including all the datum lines, attached stiffeners, other marklines, and cutouts etc. Once the final arrangement has been completed, and just before nesting, the user can then add the most efficient seams.

Clients also spoke about the need for a more efficient method for creating fillet endcuts so in the EndCut Catalog, ShipConstructor 2014 R2.1 has introduced a new parametric fillet cut. This is useful, for example, when a rounded corner on a shoulder endcut is desired.

There are many scenarios where tight tolerances are not always required in a distributed system (e.g. when dealing with large pipes) so the Client Council noted that modeling time could be reduced by loosening this requirement. Therefore, ShipConstructor 2014 R2.1 now allows for a greater tolerance in connecting pipe and HVAC parts when the ends do not line up exactly.

Ability to Create MarineDrafting Views in Other Types of Production Drawings

In a world of 3D design, 2D drawings are still widely utilized in many scenarios so in the initial release of ShipConstructor 2014, SSI launched a new product called MarineDrafting which allows the creation of 2D DWG based drawings directly from the 3D model. This product has proven to be so popular that the Client Council wished to expand the ways in which it could be used. Therefore, ShipConstructor 2014 R2.1 enhances the MarineDrafting functionality and introduces new workflow options by now allowing 2D MarineDrafting views directly from assembly drawings, support construction drawings, or any type of arrangement drawing.