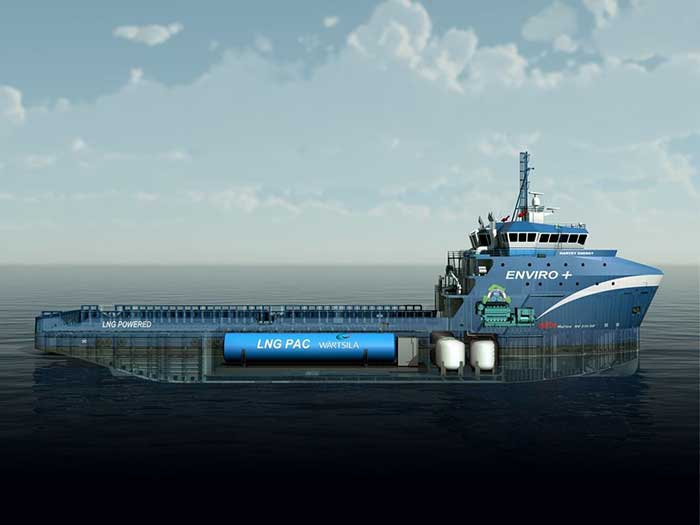 In addition to being powered by cleaner burning natural gas, the vessel, like her sister ships is “ENVIRO+, Green Passport” certified by ABS, making the vessels the most environmental friendly OSV’s in the Gulf of Mexico.

The Harvey Freedom will be based out of Port Fourchon, LA and will immediately begin a five-year charter with a major oil and gas company.

Mr. Shane Guidry, Chairman and CEO of Harvey Gulf, said, “The delivery of the Harvey Freedom and commencement of her five-year charter shows Harvey Gulf’s continued commitment to the environment and the success of LNG power in our industry.”