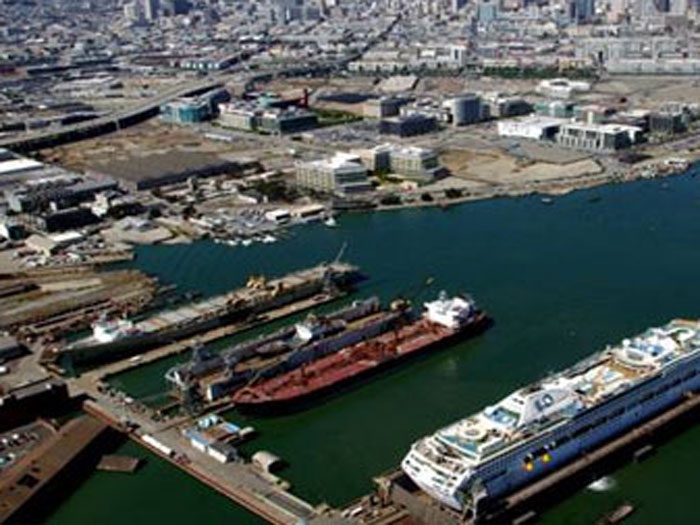 Back in January, BAE Systems reported that it had completed the sale of its San Francisco ship repair business to Puglia Engineering, Inc., a Tacoma, WA, based ship repair company operating two shipyards in Washington state.

Seems things didn’t work out that way. According to the Chronicle report, Puglia paid just $1 for the business but assumed $38 million in pension liabilities.

“In February, six weeks after assuming control of the yard, Puglia filed notice of imminent closure. In a deal with the port, it agreed to keep it open for 90 days but laid off many workers in February and more in March. On Friday, it was goodbye to the bare-bones crew — fewer than a dozen — that had stayed on to wind things down,” says the newspaper.

Facilities at the San Francisco shipyard include:

“Instead of putting the shipyard employees to work,” says the Chronicle, “Puglia put a team of lawyers to work, suing BAE and alleging in court that it had been misled into thinking the two dry docks were ‘well-maintained and could be put to immediate use.’

“Instead, Puglia said, it discovered the smaller of the two dry docks had ‘deteriorated to an extent that it would cost $9 million’ to make it operational. In addition, the lawsuit says an additional $12 million in dredging is needed.

“In a cross complaint, BAE called Puglia a ‘sophisticated buyer’ that spent more than a year conducting its own ‘due diligence of the business and its assets.’ “