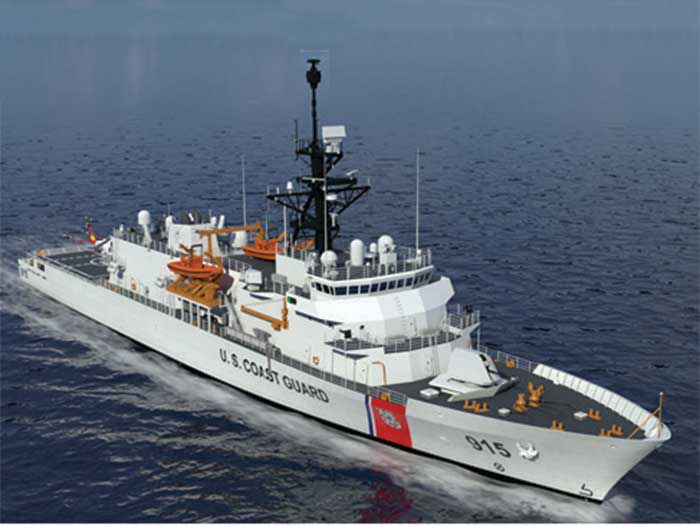 Eastern Shipbuilding Group of Panama City, Florida, has been selected to build the new vessel, with an additional eight vessels to follow. Ultimately, the Coast Guard plans to order 25 of the OPCs to replace its aging fleet of Medium Endurance Cutters, making this the largest vessel procurement order in the Coast Guard’s history.

Each 360 foot-long vessel will be powered by two FM-MAN 16V 28/33D diesel engines, each rated at 9,763 bhp at 1,000 rpm. This is a proven engine design with a long and successful record in maritime applications.

“We are proud to have delivered reliable engines for propulsion and shipboard power to the United States Armed Forces for more than 90 years,” said Fairbanks Morse President Marvin Riley. “We’re grateful for this newest opportunity to supply the United States Coast Guard with high quality engines for the most extreme conditions.”

“Eastern Shipbuilding has earned a reputation for delivering its vessels on-time and on-budget,” Riley said, “and we are delighted to partner with them, for the first time, in support of the Coast Guard’s mission.”