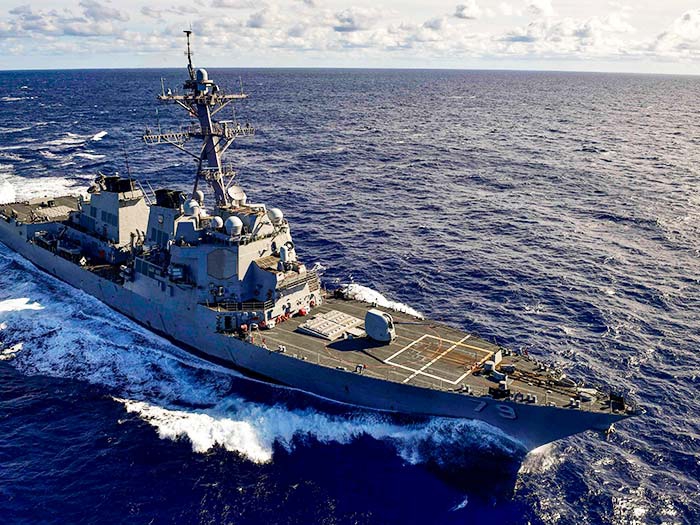 JANUARY 3, 2018 — BAE Systems Norfolk Ship Repair has received a $41.6 million contract from the U.S. Navy to modernize the guided-missile destroyer USS Oscar Austin (DDG 79). The Oscar Austin will undergo 12 months of extensive work at the company’s shipyard in Norfolk, Virginia, the ship’s homeport. The contract includes options that, if exercised, would bring the cumulative value to $117.1 million.

Under the depot maintenance period (DMP) contract, BAE Systems will dry-dock the 509-foot-long Oscar Austin. The shipyard’s employees and subcontractors will then upgrade the ship’s Aegis Combat System and will perform alterations and miscellaneous repairs that will affect nearly every onboard space. The work is expected to begin in February and be completed in February 2019.

“The work we will perform on the Oscar Austin is large and complex, and will involve a large number of our employees and subcontractors,” said Dave Thomas, vice president and general manager of BAE Systems Norfolk Ship Repair. “We are prepared to perform this extensive work, which is vital for the ship’s future readiness and combat effectiveness. This contract is important work for the ship’s crew, the Navy, and our shipyard team and industry partners.”

The Oscar Austin was commissioned in August 1990, and is named for a Vietnam War-era Medal of Honor recipient. The ship is the second guided-missile destroyer to undergo the extensive repair and upgrade work. BAE Systems’ shipyard in Jacksonville, Florida, is currently working on the first destroyer to undergo the DMP modernization, the USS Roosevelt (DDG 80). The company’s San Diego shipyard recently was awarded the first West Coast destroyer DMP contract for work on board the USS Howard (DDG 83).