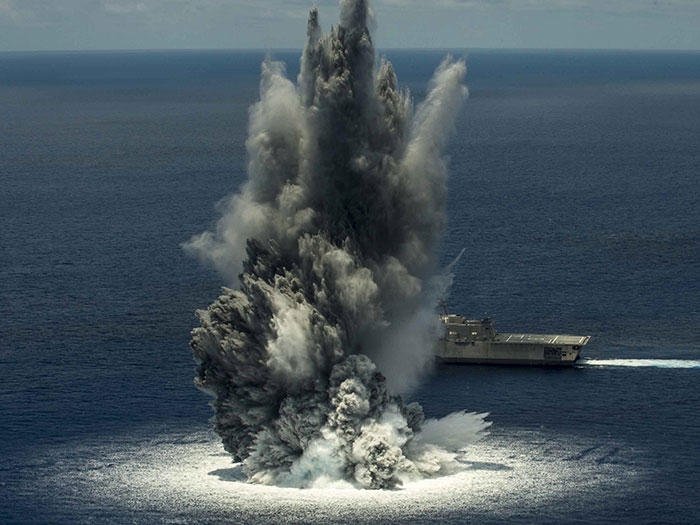 The purpose of FSST is to validate the operational survivability of new construction ships after exposure to underwater shock. Three tests were scheduled for the ship and each test was conducted with a 10,000-pound explosive charge.

“On Saturday July 16,” reports NAVSEA, “USS Jackson (LCS 6) was subjected to the third and final underwater explosion as part of her FSST. There were reports of increased seismic activity around the time of the test. The ship performed exceptionally well, sustaining minimal damage and returned to port under her own power. A large amount of data was collected during FSST on the majority of shipboard systems and the Navy will compile and analyze the data over the next several months.”

“We’re very pleased with the performance of the USS Jackson during these Full Ship Shock Trials, following the extensive work program that has been implemented on the ship to meet this standard,” said Austal CEO David Singleton. Whilst the Navy will continue to assess the results for several months the final test appears to validate the ability of our aluminum trimaran to operate and survive after exposure to underwater shock.”

As part of the test program for the Littoral Combat Ship, the Navy is preparing to conduct FSST on a Freedom variant ship, USS Milwaukee (LCS 5), later this summer off the coast of Florida.