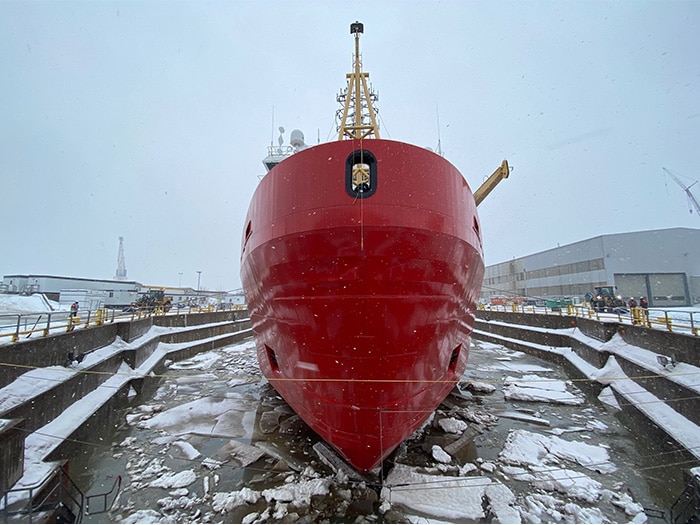 Former AHTS will be able to break ice up to one meter thick ice at a continuous speed of 3 knots.

The third of three former icebreaking AHTS vessels is a significant step closer to being commissioned as a Canadian Coast Guard medium icebreaker.

On March 25, Lévis, Quebec-based Davie Shipbuilding floated the CCGS Vincent Massey out of its Champlain dry dock. Originally delivered in 2000 by Norway’s Havyard Leirvik shipyard as the Tor Viking, the Vincent Massey and is one of three Viking Supply Ships AHTS ships acquired for conversion in 2018.

Following float out, the CCGS Vincent Massey is now alongside Davie’s Murphy’s Quay for the final phase of conversion work. The icebreaker is expected to be delivered to the CCG in the third quarter of this year. The ship will then join its two sister vessels, CCGS Captain Molly Kool and CCGS Jean Goodwill, which are already providing icebreaking services in Canada.

“This is an important milestone for the medium icebreaker (MIB) program. Current world events mean Canada’s need for a modern, versatile icebreaker fleet has never been greater, or more urgent,” said James Davies, President and Chief Executive Officer, Davie Shipbuilding Canada Inc.. “The MIB’s fill a strategic capability gap for our valued customer. The converted ships are a testimony to Davies’s ability to deliver complex, mission-critical projects when Canada needs them most.”

CCGS Vincent Massey has four medium-speed diesel engines geared to two controllable pitch propellers in nozzles with a total propulsion power of 13,440 kW (18,020 hp). She can achieve a maximum speed of 16 knots (30 km/h) in open water and can break one meter thick ice at a continuous speed of 3 knots. She is 83.7 meters long overall. 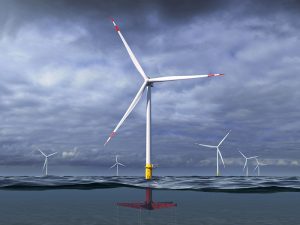 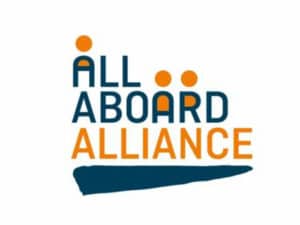 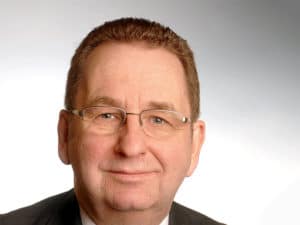