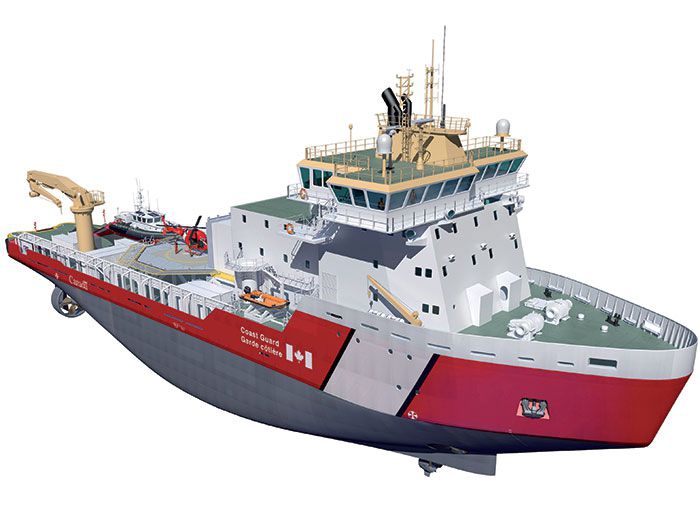 AUGUST 11, 2018 — Following up on an Advanced Contract Award Notice (ACAN) issued in July, Public Services and Procurement Canada, on behalf of the Canadian Coast Guard, has awarded a $610-million contract to Chantier Davie, of Lévis, Quebec for the acquisition of three icebreakers and work to prepare the first ship for service in the Canadian Coast Guard.

Further costs will be known once the Government of Canada has examined the vessels and determined what work is required to prepare them for service.

According to the ACAN (see story) the contract covers the acquisition and conversion of three medium commercial icebreakers. The contract follows a proposal made by Davie called Project Resolute under which the converted icebreakers would have been leased to Canada. The three candidate ships proposed by Project Resolute for conversion to medium icebreakers are the Viking Supply Ships AB AHTS vessels Tor Viking II, Balder  Viking and Vidar Viking. UPDATE: Viking Supply Ships has now confirmed the sale of these three ships to Canada (see story)

Public Services and Procurement Canada says the contract with Davie will help to secure up to 200 shipbuilding jobs and will ensure that shipping lanes in the St. Lawrence River remain open in the winter.

The first vessel is expected to begin operations for the upcoming icebreaking season, beginning in December 2018. The second and third vessels will be converted, refit and available to support Coast Guard programs by the summer of 2019 and the winter of 2019-2020, respectively.