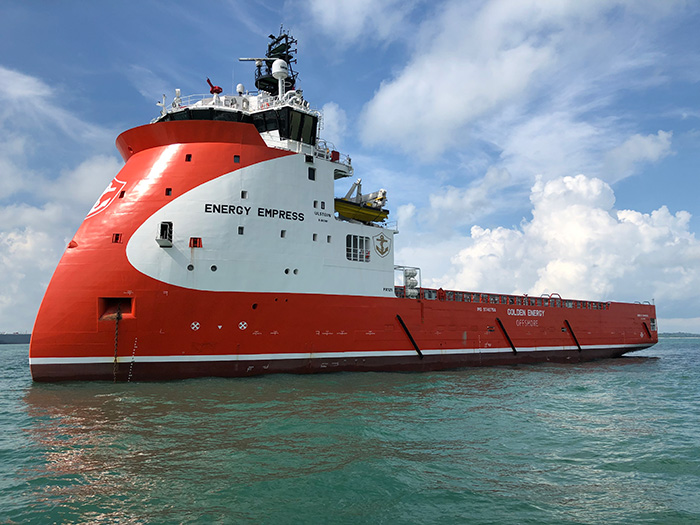 “Fleet LTE provides flexibility to tailor connectivity needs for our internal use, for the needs of charterers, and for each person on board,” said Per Ivar Fagervoll, CEO, Golden Energy Offshore. “It will enhance crew welfare by supporting day-to-day needs such as banking and keeping in contact with families. It will support data-intensive activities such as video conferencing, replication, and real-time data transfer. And, as an ISO 50001 certified company committed to green operations, Golden Energy Offshore sees it as essential to fully utilize performance analysis software to maintain our environmental focus.”

Looking ahead, Fagervoll adds: “We also have plans to move forward with class societies and customers on remote inspections and equipment servicing. Installation of Fleet LTE allows us to do all this most effectively while making significant cost savings, which are always welcome.”

A long-time customer, Golden Energy Offshore has also been a longstanding user of Inmarsat’s VSAT services. The switch to Fleet LTE will involve straightforward integrations of 4G connectivity onboard Energy Duchess, Energy Empress, and Energy Swan, with installations scheduled as part of forthcoming port calls.

Conventionally, says Inmarsat, offshore vessel operators buy their LTE and VSAT services separately, using LTE when within the range of networks available ashore, or to rigs and wind farms, but relying on the crew to switch to VSAT beyond 4G limits. In contrast, the algorithms within the Fleet LTE router switch between LTE and VSAT automatically, so that high-speed data transfer and low latency are always optimized. The “plug and play” service provides a one-stop-shop for 4G, Ka-band, and L-band without the complication of dual billing or the risk of disconnection.

“Vessel data consumption in the offshore space is doubling every 18 months,” said Eric Griffin, VP of Offshore and Fishing, Inmarsat Maritime. “Costs can be hard to control when connectivity services are billed separately, while manual switchovers can mean suboptimal signals or service interruptions. Inmarsat Fleet LTE’s ability to ensure that network capacity is at its highest and latency at its lowest continuously delivers a competitive advantage to corporate and independent operators alike.”

Initially launching Fleet LTE coverage to North Sea customers in 2020, Inmarsat is expanding service availability to include 4G antennas in other parts of Northern Europe and has plans for comparable service in the Gulf of Mexico. Part of far wider investment plans for maritime, the seamless integration of multiple technologies into one cohesive solution also introduces stakeholders to the type of thinking that has inspired ORCHESTRA, Inmarsat’s communications network of the future.

ORCHESTRA is a “dynamic mesh network” that will bring together existing geosynchronous (GEO) satellites including ELERA (L-band) and Global Xpress (Ka-band) with low earth orbit satellites (LEO) and terrestrial 5G into an integrated, high-performance solution. By offering the lowest average latency and fastest average speeds available. According to Inmarsat, ORCHESTRA will eliminate the industry-wide challenge of congested network hot spots, including busy ports and shipping lanes.