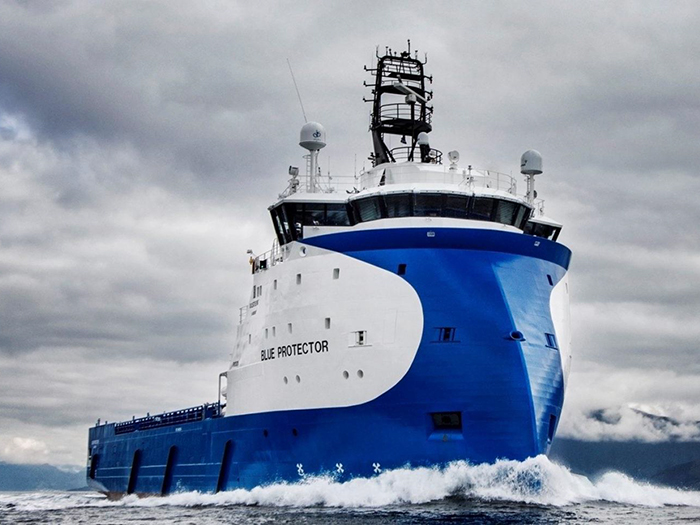 At 9.02 a.m. ET yesterday, Emanuele Lauro led Hermitage Offshore Services Ltd. (NYSE:PSV) reported that it had sold its only two anchor handling tug supply vessels, Then, at 10.56 p.m., the company and 28 subsidiaries announced they had filed petitions for reorganization under Chapter 11 in the U.S. Bankruptcy Court for the Southern District of New York.

In announcing the sale of the AHTS duo, Hermitage said that the consideration for the transaction consisted of its unconditional release of all of its obligations under a $9.0 million term loan facility with DVB Bank SE. Its fleet now consists of 10 PSVs and 11 crew boats.

Hermitage Offshore’s vessels operate operate in the North Sea and the West Coast of Africa.

The company began life as Nordic American Offshore, set up in December 2013 by Herbjørn Hansson’s Nordic American Tankers. It came under the control of Emanuele Lauro’s Scorpio Group in 2018.

The company says its filed for Chapter 11 following “a prolonged slump in global oil prices, driven in part by the global coronavirus pandemic, and its effect on the company’s business.”
It adds that “while the company would have preferred to complete its financial restructuring out of court, it was unable to reach a consensual agreement with its lenders, which made filing Chapter 11 necessary to provide a single forum for all continuing conversations with its lenders.”

Hermitage says it “anticipates that the company’s business operations and relationship with its customers and vendors will not be adversely affected by this proceeding while it works constructively with its lenders toward a consensual resolution.”