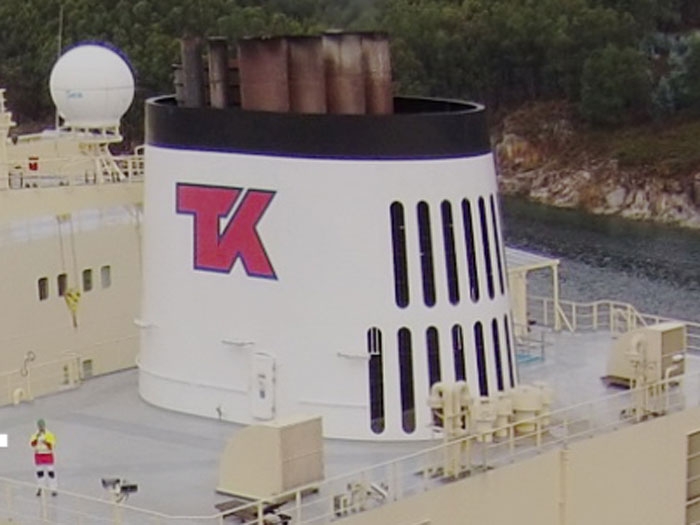 JUNE 15, 2015 — Teekay LNG Partners L.P. (NYSE:TGP) says it has entered into a 13-year time-charter contract with BP Shipping Limited (BP) for one Liquefied Natural Gas (LNG) carrier newbuilding, plus an option exercisable by BP by the end of the third quarter of 2015 for one additional LNG carrier under similar terms.

The vessels, including the optional vessel if exercised, will primarily provide LNG transportation services for BP’s LNG volumes from the Freeport LNG project located on Quintana Island near Freeport, Texas, which consists of three LNG trains with a total capacity of 13.2 metric tonnes per annum, scheduled for start-up in 2018.

In connection with signing the contracts with BP, the partnership ordered two fuel-efficient 174,000 cu. m LNG carrier newbuildings to be constructed by South Korean shipbuilder Hyundai Samho Heavy Industries Co., Ltd. of South Korea, scheduled for delivery from the shipyard in the first quarter of 2019. The order includes an option for one additional vessel.

The partnership intends to initially finance the installment payments for the newbuildings with a portion of its existing liquidity and it expects to secure long-term debt financing for the vessels prior to their scheduled deliveries.

“We are excited to be supporting our second U.S. LNG export project, adding Freeport LNG to our existing charters committed to Cheniere Energy’s Sabine Pass, and we look forward to the continued growth in U.S. LNG exports, which are expected to create substantial future demand for LNG transportation services,” commented Peter Evensen, Chief Executive Officer of Teekay GP LLC. “This accretive transaction both builds on our strong relationship with BP and our portfolio of fuel-efficient LNG carrier newbuildings on long-term contracts.”