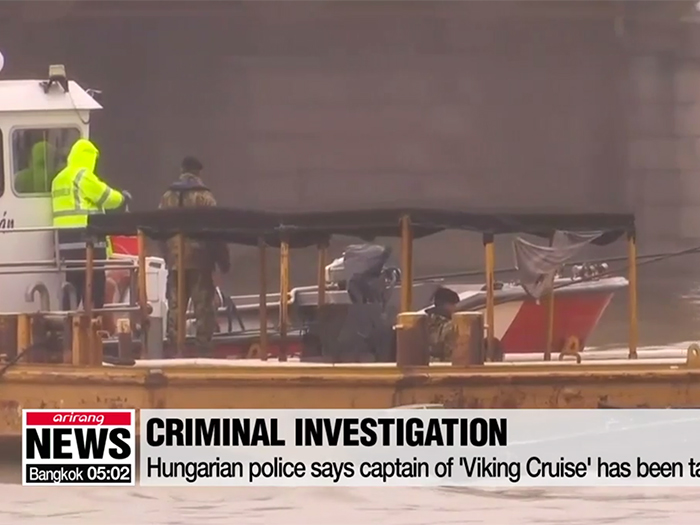 The captain of a 135 m Viking River Cruises vessel that collided with a tourist boat on which seven South Korean tourists died has been arrested by Hungarian police as the search continued for 21 people —19 of them also South Korean — still unaccounted for after the disaster on the Danube in Budapest.

According to media reports, the Mermaid, a 60 sightseeing boat operated by the Panorama Deck company of Budapest, sank in bad weather at about 9.00 pm local time yesterday, after it was reportedly hit from behind the river cruise ship.

The sunken boat was later located near the Margit Bridge, not far from Hungary’s riverside parliament building.

“Both ships were heading north … and when they arrived between two pillars of the Margit Bridge, for some reason the Mermaid turned in front of the Viking ship. As the Viking comes into contact with it, it overturns it and in about seven seconds, as it turned on its side, it sank,” Col Zsolt Gábor Palotai, the head of Budapest’s disaster management office, is reported as saying.

South Korea’s Arirang news said today that seven South Koreans had been confirmed dead and 19 were still missing, with search and rescue operations being hindered by rain and the fast-flowing, swollen river.

The search for the missing had extended far downstream into Serbia.