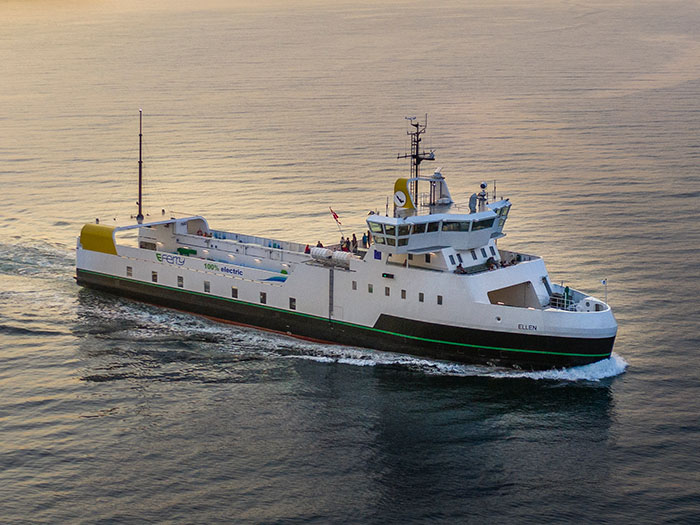 World record was set on return trip from an IEA conference

The pioneering Danish e-ferry Ellen has racked up another record, becoming the world’s longest-range fully-electric ferry by sailing 50 nautical miles (92 kilometers) on a single battery charge.

In service since 2019, the vessel operates between the Danish islands of Ærø and Fynshav. Designed by Jens Kristensen Consulting Naval Architects and built by the Søby Værft shipyard, the ferry is just under 60 meters long with a breadth of approximately 13 meters. It operates at speeds of 12-12.5 knots, and is capable of carrying 198 passengers in summer months, with this capacity dropping to 147 during winter. It can also carry 31 cars or five trucks on its open deck.

With a 4.3 MWh capacity battery pack, it is the first electric ferry to have no emergency back-up generator on board.

The e-ferry is the result of a project supported by the EU Horizon 2020 program that set out to achieve objectives that included the ability to cover distances of up to 22 nautical miles in the Danish part of the Baltic Sea that were, at the time, only operated on by conventional diesel-powered vessels.

Achieved on a single battery charge, this is the longest recorded distance to be traveled by an all-electric ferry able to carry passengers and vehicles to date anywhere in the world.

The Ellen e-ferry is powered by Danfoss’ Editron division’s electric drivetrain, which is smaller and lighter than comparable systems and offers reduced operational costs and zero emissions.

Henrik Hagbarth Mikkelsen, a senior lecturer at Marstal Naval Academy, Denmark, who helped specify the technical solutions for the ferry during its design phase, was on-board for the trip:

“The 92-kilometer trip on a single battery charge is the longest planned distance for an electric ferry able to carry both passengers and vehicles to date, anywhere on the globe,” he said. “We are talking about a clear record. On normal daily trips, the ferry sails 22 nautical miles, or 40 kilometers, from harbor to harbor before recharging.”

Kimmo Rauma, vice president of Danfoss’ Editron division, commented:“Ellen is an excellent example of the future for electric transport. It’s cleaner, greener, and more efficient than her fossil fuel competitors. Electrifying maritime transport is a clear-cut way to reduce greenhouse gas emissions. And Danfoss has the solutions to build new electric ferries and retrofit existing ones to electrify them with the potential to reduce carbon emissions worldwide.”

Danfoss Editron plans to submit the all-electric ferry’s world record to the Guinness World of Records. 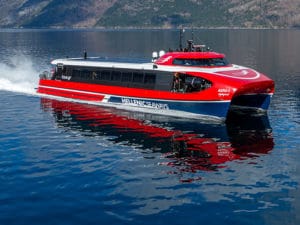