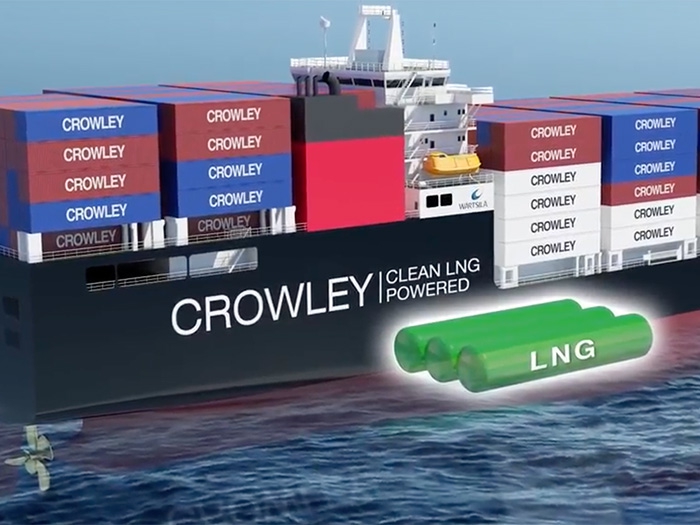 Within the month, Chart Industries is expected to deliver two of its new, 1-million liter Decinske Giant cryogenic tanks for LNG storage at the site. Including the Jacksonville project, Crowley is investing more than $550 million in the two new, innovative ships, along with a new 900-foot pier, three new gantry cranes and a multitude of improvements at its Isla Grande terminal in San Juan, Puerto Rico.

More in the video ..