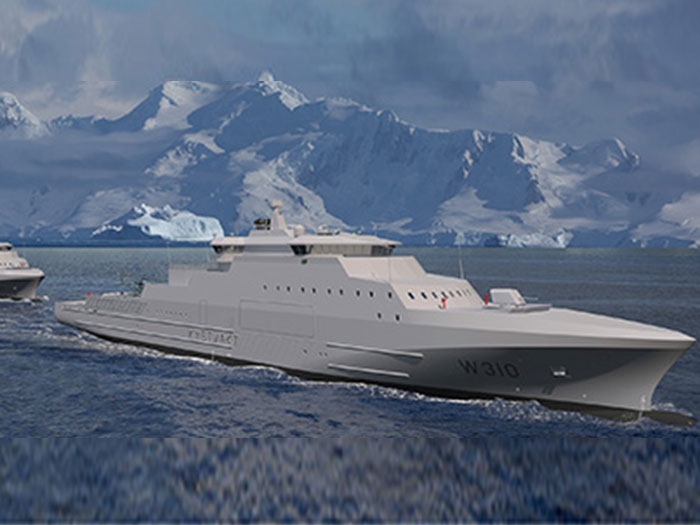 JUNE 25, 2018 — Vard has won a Norwegian Defense Materiel Agency (NDMA) contract for the construction of three coast guard vessels. It says that the value of the contract exceeds NOK 5 billion (about $618 million)/

The Norwegian Government originally announced plans for the construction of three new coast guard vessels in September 2016. Following review of offers from three competing shipyards, Vard Langsten was selected to continue negotiations in October 2017. The investments were approved by the Norwegian Parliament at the beginning of June 2018, and the final negotiations have now been completed.

The new vessels will replace the Nordkapp-class coast guard vessels. They have been developed for worldwide operations in all weather and sea conditions, both inshore and offshore.

Specially designed to withstand operations in demanding arctic areas, the new coast guard vessels will have ice-strengthened hull and ice-class notation, and will be built according to the latest requirements for such specialized vessels. With a length of 136 m and a beam of 22 m, the vessels feature strong ocean-going capacities for long-distance transits, search-and-rescue operations, surveillance, and oil recovery.

Vard based its offer on the reference design developed by LMG Marin on behalf of NDMA and has further developed the concept design, in cooperation with LMG Marin, to ensure that all NDMA requirements and needs are solved with a high focus on sustainability, life cycle cost and reliability.

Mr. Roy Reite, CEO and Executive Director of Vard, commented: “Our longstanding experience in the design and shipbuilding of highly specialized vessels has been of vital importance in the competition and development of this project. Our strength lies in recognizing and understanding the customer’s and the market’s needs, and introducing innovative solutions based on the vessel’s objective, services, operative window and geographical scope. We have worked hard to achieve this contract and are excited to be awarded.”

Ms. Mette Sørfonden, Director General of NDMA, commented: “Due to national security interests, the Norwegian Government decided that the competition should be restricted to Norwegian yards only. Vard Group with its Vard Langsten yard was the provider that overall satisfied the defined requirements for solution and the Navy and the Coast Guard’s needs in the best manner.”

Deliveries of the three vessels are scheduled from Vard Langsten in Norway in 1Q 2022, 1Q 2023 and 1Q 2024 respectively. The hulls will be built at Vard’s Tulcea, Romania, shipyard;